On This Day: Joseph Warren is Born 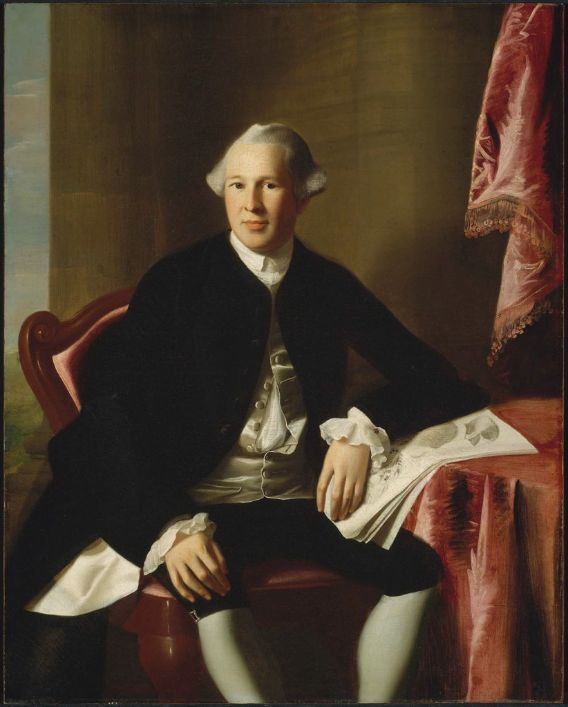 On June 11, 1741, Joseph Warren is born in Roxbury, Province of Massachusetts Bay. Joseph’s father died in 1755 after falling off a ladder while picking fruit in his orchard; Joseph was only 14 at the time. Joseph later attended Harvard, graduating in 1759, and taught for a short time at Roxbury Latin School where he studied as a young boy. In 1764, Warren married Elizabeth Hooten; she would die in 1773 leaving Warren with four young children.

Joseph Warren became the youngest doctor in Boston. Despite his youth, Warren had a long list of prominent Boston area patients including:

Warren is also said to have saved the finger of 7-year-old John Quincy Adams from amputation.

Warren was heavily involved in politics and knew well John Hancock, Samuel Adams and was a member of the Sons of Liberty. He was Grand Master of the Masonic Lodge of St. Andrew while Paul Revere was secretary. Warren drafted the Suffolk Resolves, later endorsed by the Continental Congress, to advocate resistance to the Coercive Acts which colonials often referred to as the Intolerable Acts.

Joseph was also appointed to the Committee of Safety and Committee for Correspondence for both the First and Second Massachusetts Provincial Congress. It is in this capacity, on April 18, 1775 that Warren gained information suggesting British soldiers in Boston under the command of General Thomas Gage were to commence a raid on colonial munitions stored in Concord. Rumors have long held that Warren was tipped off by Margaret Kemble Gage, the wife of General Gage (recall that Warren was the Gage family physician).

Acting on this information, Warren sent William Dawes and Paul Revere on their famous “midnight rides” to warn the town of Concord of the impending raid. Revere stopped in Lexington on his way to Concord to warn Samuel Adams and John Hancock that British troops were likely to be marching through in the morning and to leave town expeditiously. Adams and Hancock were in Lexington instead of Boston as they feared for their safety before heading to the Second Continental Congress to be held in Philadelphia on May 10, 1775.

Joseph would depart Boston early on the morning of April 19, 1775 and would fight British troops as they attempted to return to Boston in the afternoon. Warren would engage the British using the “moving circle of fire” strategy of William Heath. During the fighting, Warren would have his wig struck by a musket ball. After the fighting and upon seeing his wound, Joseph’s mother would entreat him to not go into battle again. Joseph responded:

Where danger is, dear mother, there must your son be. Now is no time for any of America’s children to shrink from any hazard. I will set her free or die.

Warren would be commissioned as a major general by the Provincial Congress on June 14, 1775. Three days later on June 17, 1775 Warren would participate in the Battle of Bunker Hill. Realizing that his military acumen paled in comparison to others present on Bunker Hill, Warren inquired of General Israel Putnam where the heaviest fighting was anticipated; Putnam pointed to Breed’s Hill neighboring Bunker Hill. Warren volunteered to join the fight there as a private, against the wishes of General Putnam and Colonel William Prescott, both of whom requested that he serve as their commander. 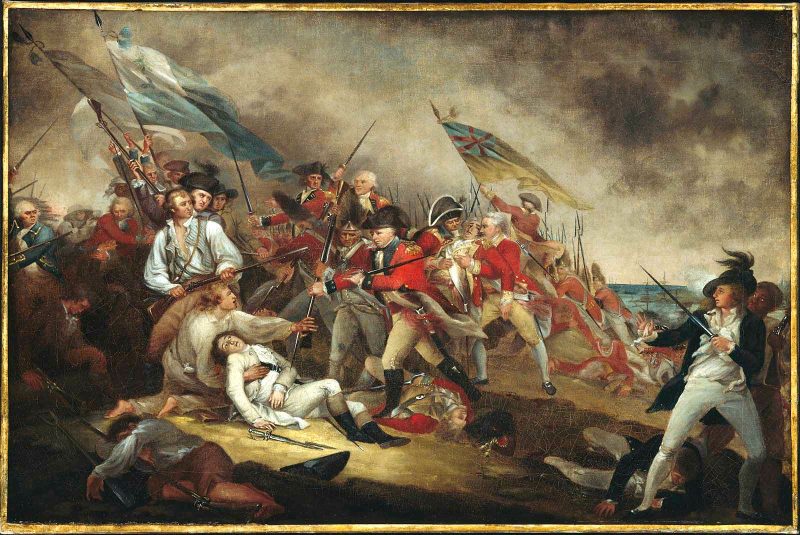 During the battle, Warren fought alongside his fellow soldiers against a superior British force until their ammunition was exhausted. Warren reportedly declared of the British:

These fellows say we won’t fight! By Heaven, I hope I shall die up to my knees in blood!

On the third and final assault by the British,  Joseph Warren remained in his position until the rest of the militia was able to escape. He was killed instantly by a musket round to the head delivered by a British officer. Warren’s body was stripped of clothing, bayonetted until recognizable, and then thrown in a shallow grave with another colonial soldier.

In a letter to John Adams, Benjamin Hichborn describes the desecration of Warren’s remains by British Lieutenant James Drew two days after the Battle of Bunker Hill:

In a day or two after, Drew went upon the Hill again opened the dirt that was thrown over Doctor Warren, spit in his face jumped on his stomach and at last cut off his head and committed every act of violence upon his body.

Ten months later, Joseph’s brothers (Samuel, Ebenezer and John) along with Paul Revere would exhume his body and identify it by his artificial tooth. Warren would be buried in the Granary Burying Grounds. Joseph Warren’s remains would be moved to St. Paul’s Church in 1825 and in 1855 to Forest Hills Cemetery.