Marty was born in Napa, CA where she spent her childhood growing up in town and her summers on Lake Berryessa with her family. In 1989 she met Philip Brown and they married in August of 1991 in Napa.

Marty was a wife, homemaker, mother, daughter and sister. She attended her Mormon church on a regular basis and was active in teaching softball and cooking to young women of the church.

Marty was also a believer in the 2nd Amendment, a Constitutionalist, a Libertarian and a student of history. She joined Phil in becoming rifle instructors with Project Appleseed and later with Revere’s Riders. A woman that grew up never having touched a firearm, became a rifle instructor and subsequently shot AQT’s at Camp Atterbury at distances of up to 500 yards.

Her instructor career was cut short when she was diagnosed with ovarian cancer in September of 2013. She spent the next 40 months in the battle of her life against the disease. She underwent over 60 chemotherapy infusions, a dozen procedures, one trial drug group and a major surgery that removed her entire colon. Through it all she was the picture of strength, perseverance, faith and dignity.

She leaves behind multitudes of friends from church and the instructor corps, her husband Phil and her children Adam (23) and Lauren (20).

Ovar’coming Together was founded in 1995 by Pam Faerber, Nancy Hines and Kai Binford—three Indianapolis women who were united as a result of being diagnosed with ovarian cancer. The three were concerned with the lack of information available to women regarding ovarian cancer and recognized the importance and need for information and peer support.

In 1997, Ovar’coming Together and its founders helped to co-found the Ovarian Cancer National Alliance (OCNA), now the Ovarian Cancer Research Alliance (OCRA). A decade later,through the collaborative efforts of OCNA, Ovar’coming Together, other National Alliance Partner Members, the Foundation for Women’s Cancer, the Society of Gynecologic Oncology and the American Cancer Society, the first-ever consensus statement regarding the symptoms of ovarian cancer was released. The statement provided a much-needed, long-awaited agreement on the symptoms commonly associated with ovarian cancer. Those symptoms include bloating, pelvic or abdominal pain, difficulty eating or feeling full quickly, and urinary symptoms (urgency or frequency).

Ovar’coming Together provides many additional resources to those affected by ovarian cancer on their website.

Donate to Marty Brown Memorial
Donate to Ovar’coming Together

For 2020, we are continuing the Marty Brown Memorial Open™ but as multiple one-day events instead of the original single weekend format. Our intention is to make the Open more accessible by lowering the ticket price and not requiring a full-weekend commitment to attend.

The Marty Brown Memorial Open™ events are a lead-up to the Marty Brown Memorial Invitational™ rifle match later in the year. The Open events may be attended by anyone, no invitation required, and consist of one day of either rifle or pistol firearms instruction along with critical information for women (as well as their family and friends) to recognize the warning signs of ovarian cancer and to seek treatment as soon as possible. 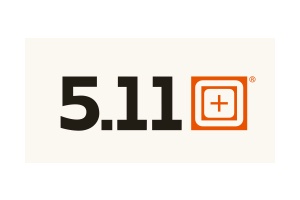 The inaugural match was held in 2017 at Camp Atterbury Joint Maneuver Training Center in Edinburgh, IN and was an informal opportunity for Marty’s family and friends to celebrate her life while participating in the sport that she loved. Revere’s Riders has grown the Marty Brown Memorial Invitational™ from humble beginnings to a fund-raising event to help and support women with the terrible disease that took Marty from this world far too early: ovarian cancer.

The Invitational is still an informal 3-position known distance rifle match where the competition is important but secondary to the celebration of the human spirit as embodied by Marty and the camaraderie of all those attending. An invitation to the match is earned by anyone who scores “Marksman” or above on the Revere’s Riders Rifle Qualification Test in the same year as the match (e.g., to earn an invitation to the Invitational, you must shoot a Marksman score or better at a Revere’s Riders rifle event during the same calendar year). Additional invitations are offered at the discretion of the match director.

The match is shot in relays using the Revere’s Riders Rifle Qualification Test at actual distance. Participants compete according to their rifle:

Two traveling trophies were made for the 2nd match in 2018; both trophies are constructed with donated AR-15 parts while Kevin “Unbridled Liberty” Fitz-Gerald provided the woodworking skills to transform the parts into the beautiful trophies we have today.

The High Score trophy is constructed from a Bear Creek Arsenal 18″ .223 Wylde 1:7 Mid-Length Heavy Contour Stainless Barrel with Straight Flutes, a Guntec USA 15″ MOD Lite Skeletonized M-LOK Handguard and a Battle Ready Solutions Stainless A2 Birdcage Flash Hider. The right side wooden support for the barrel and handguard has an engraved copy of Marty’s signature and the base is inscribed “Marty Brown Rifle Invitational High Score”. 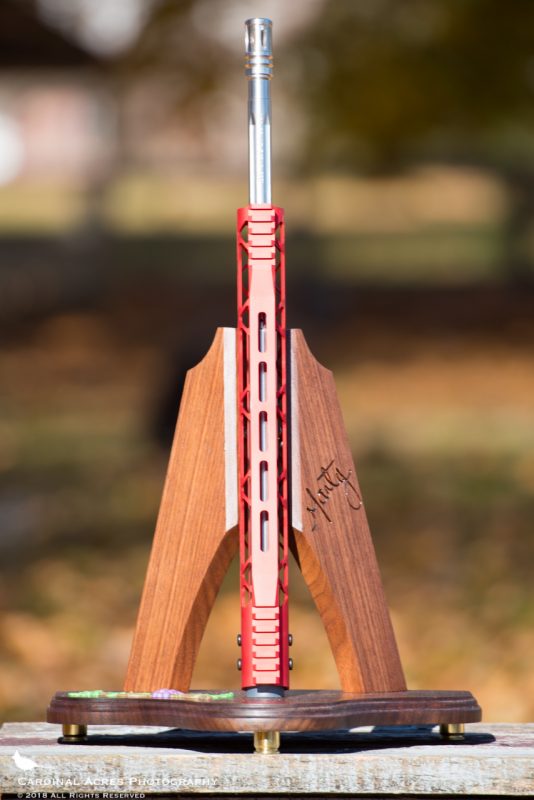 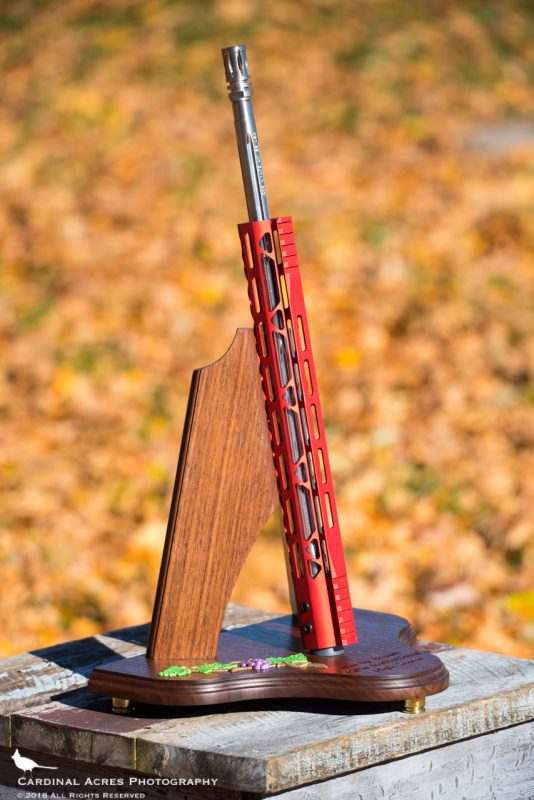 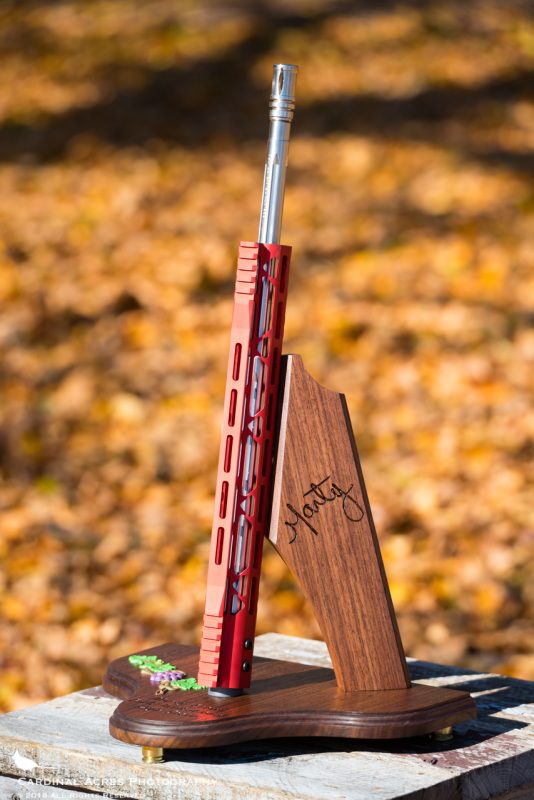 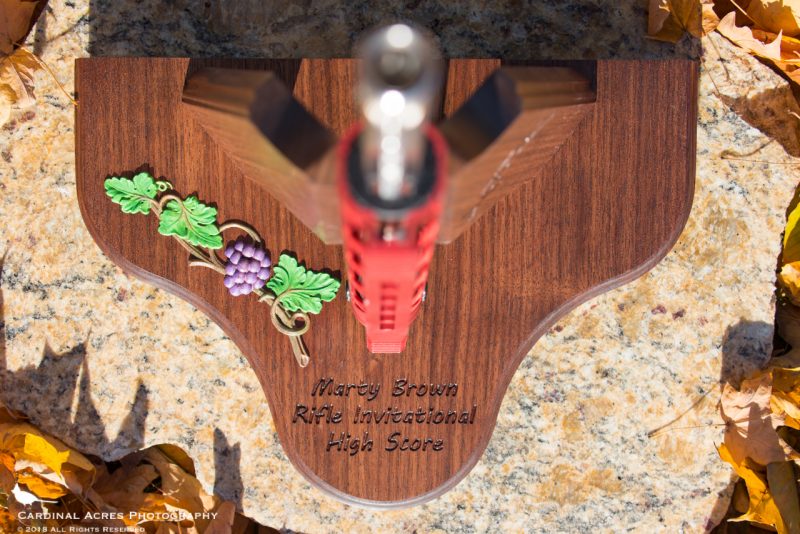 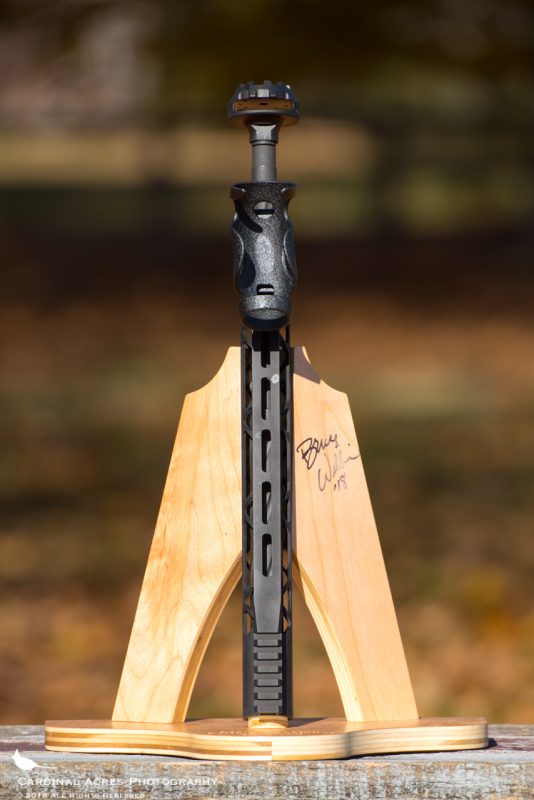 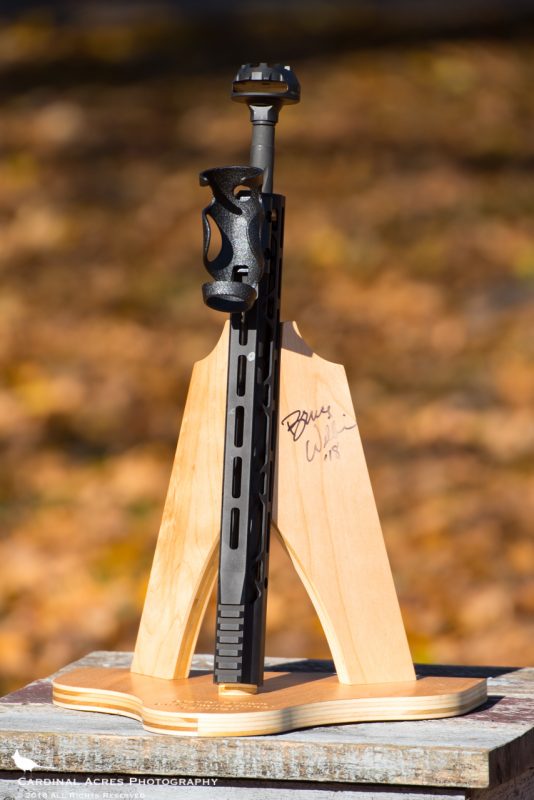 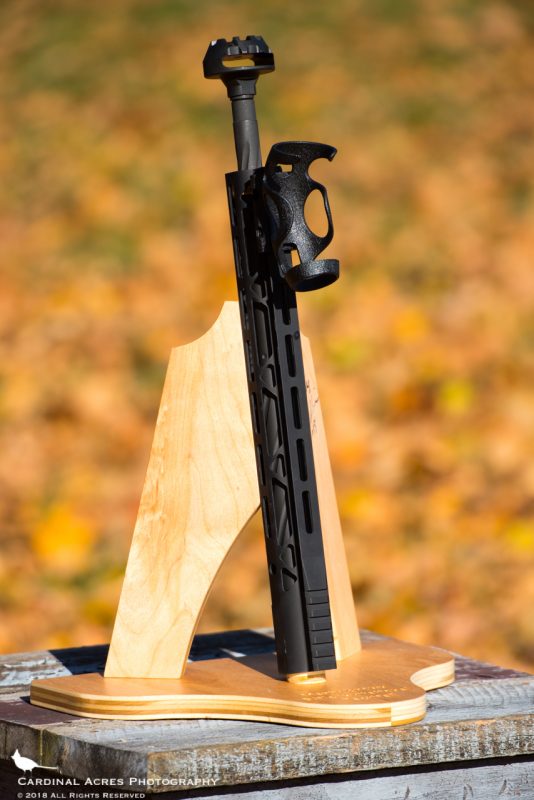 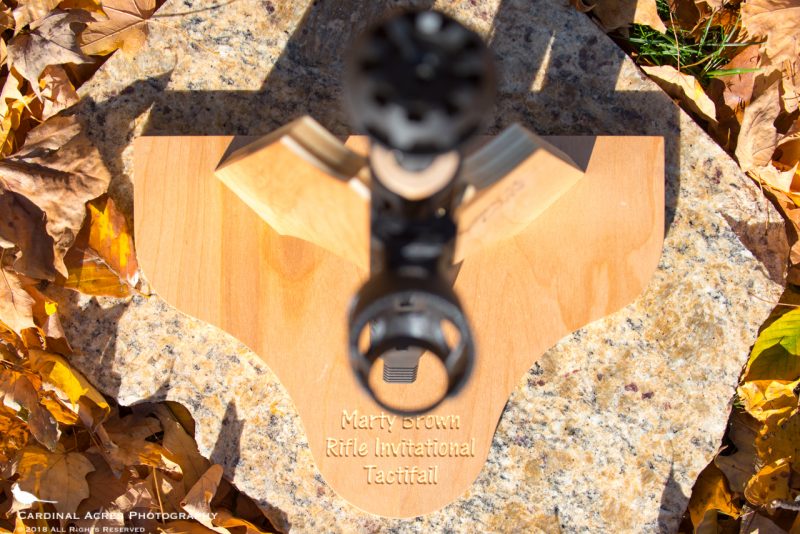