The weather was PHENOMENAL again this year for our December Rifle 125 event in Nashville, IN at the Hoosier Hills Rifle and Pistol Club. We had 11 men, women and children on Saturday and 7 on Sunday; husbands, wives, sons and daughters all enjoyed improving their marksmanship and hearing the historic events of April 19, 1775.

On Saturday morning, we were entertained by multiple A-10 Warthog flyovers. It’s unclear if the flyovers are intentional, but we have enjoyed them the last 2 years.

While not watching the A-10s, students learned the fundamentals of rifle marksmanship as well as the concept of “natural point of aim” (NPOA) and applied those to the Revere’s Riders 25-yard Rifle Qualifier. The Morgan’s 13 classifier was used as a benchmark to measure progress; this course of fire was shot first thing on Saturday morning (after the initial safety briefing) as well as at the of the day on Saturday. One student cleared the Morgan’s 13 classifier in the morning while another accomplished the same feat at the end of the day. Each earned the coveted Daniel Morgan patch with accompanying certificate.

Students learned the fundamentals for each of the 3 shooting positions: standing, seated and prone. Use of the loop or hasty sling to steady the rifle in each position was also demonstrated. Once all shooters had become sufficiently comfortable with their rifle and showed reasonably consistent groups, sight adjustment to “zero” the rifle was taught.

Sunday began with an overview of the instructional points from Saturday followed by a chance to confirm zeroes. The “Ball and Dummy” drill showed whether or not a student was guilty of flinching. More 25-yard Rifle Qualifiers followed. Over the weekend one shooter qualified as “Marksman” while another qualified as “Expert”.

In the afternoon, a short lesson on sight adjustment for “known distance” was given; afterwards, students had an array of steel targets (4″, 6″, 8″ and man-size) to punish with their own rifle or an M1 Garand.

Over the course of the weekend, a brick of Aguila .22LR ammunition, a Bushnell AR/22 2-7×32 rifle scope and a Vortex Viper PST 1-4×24 rifle scope were all given away to lucky students. Congratulations to the winners! 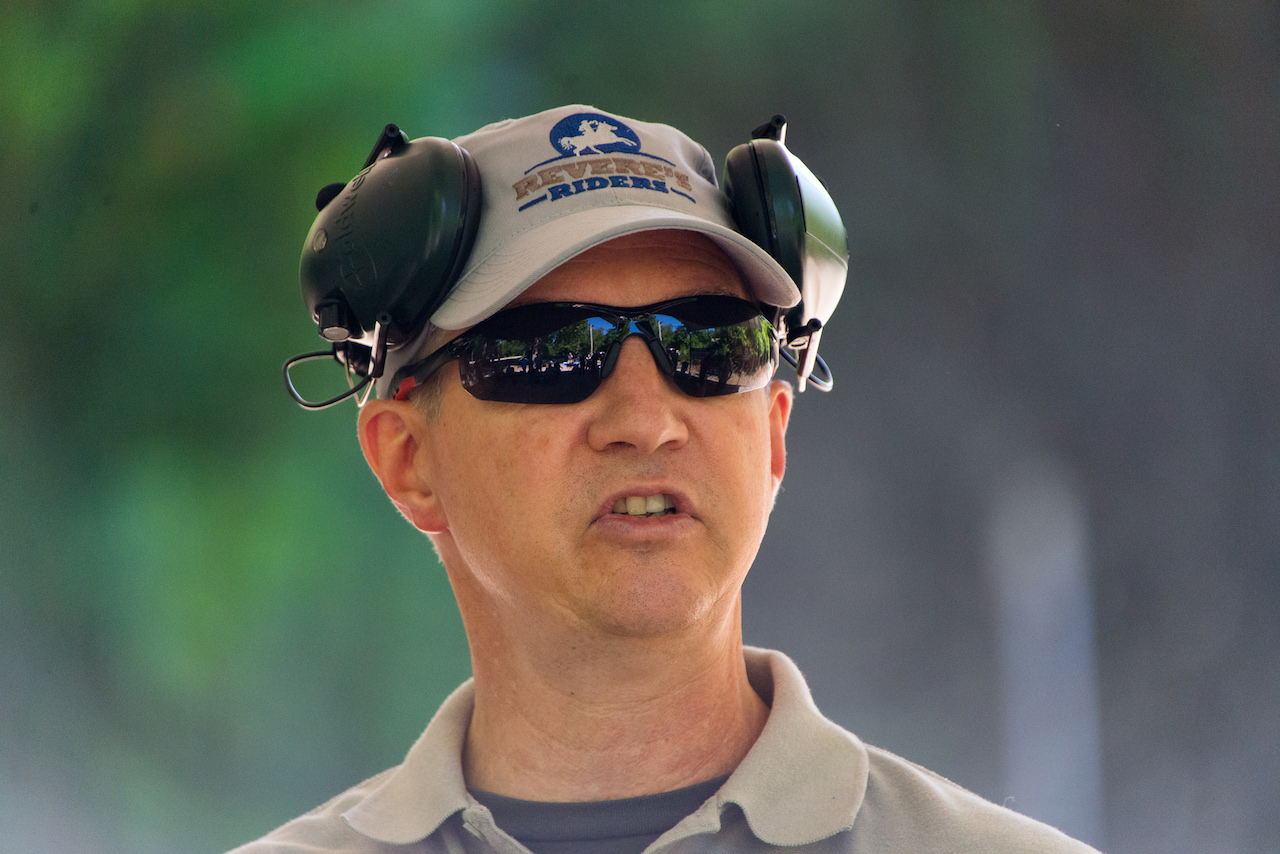 Finally, at the end of the course, TJ Kackowski was presented with a 180 round box of CMP 30-06 Greek M2 Ball surplus ammunition in appreciation for his work as Revere’s Riders Indiana state coordinator. TJ’s M1 Garand has shown up at many Revere’s Riders events and dozens of students have put a clip or two down it’s barrel (including this scribe). The CMP ammunition was purchased with the generous donations of Revere’s Riders volunteers and instructors from Indiana, Kentucky and Illinois.

TJ will continue to instruct and help with Revere’s Riders events in the future and a new volunteer will take over his responsibilities as Indiana coordinator. Thank you TJ!