National Poetry Month is a literary celebration which is celebrated all over the world by millions of people. The purpose of this holiday is to mark the importance of poetry in our lives and to remember the great poets who created this poetry.

The most famous Poem concerning the American Revolution is Paul Revere’s Ride by Henry Wadsworth Longfellow. This romanticized version, while popular, contains more myth than history. At our events, you will hear a more historically accurate version of Paul Revere’s ride based on the extensively researched book of the same name by David Hackett Fischer.

During National Poetry Month we’d like to present several poems that provide a tribute to our early struggles. “…some poets used poetry to amplify and proliferate historical myth, others, such as the philosopher and poet Ralph Waldo Emerson, sought to uncover the intention and significance of the founding fathers’ actions, as in his poem “A Nations Strength”: 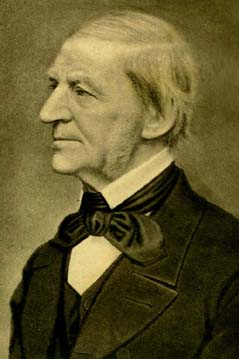 What makes a nation’s pillars high
And its foundations strong?
What makes it mighty to defy
The foes that round it throng?

It is not gold. Its kingdoms grand
Go down in battle shock;
Its shafts are laid on sinking sand,
Not on abiding rock.

Is it the sword? Ask the red dust
Of empires passed away;
The blood has turned their stones to rust,
Their glory to decay.

And is it pride? Ah, that bright crown
Has seemed to nations sweet;
But God has struck its luster down
In ashes at his feet.

Not gold but only men can make
A people great and strong;
Men who for truth and honor’s sake
Stand fast and suffer long.

Brave men who work while others sleep,
Who dare while others fly…
They build a nation’s pillars deep
And lift them to the sky.