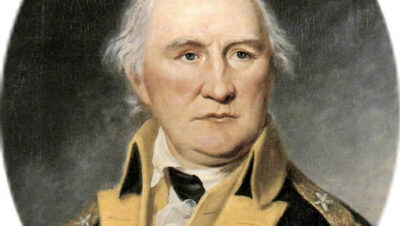 Thursday, 05 May 2022 by Bruce Williams
Those who have attended the Revere’s Riders Rifle 125 event have probably heard the name Daniel Morgan. In July of 1775, Morgan recruited 96 men in 10 days for what became known as “Morgan’s Riflemen”. The requirement for admission to the company was a cold-bore single-shot hit on a “shingle” placed at approximately 250 yards. 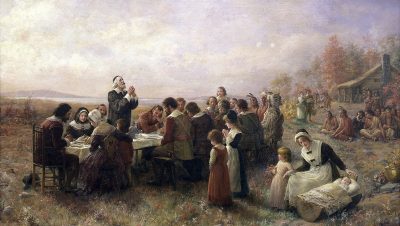 On This Day: 401 Years Ago, The Mayflower Landed

Sunday, 21 November 2021 by Bruce Williams
401 years ago today, November 21st, 102 passengers and 30 crew on the Mayflower landed at Plymouth Rock near modern day Cape Cod, Massachusetts after 10 weeks at sea. The passengers on the Mayflower were separatists from the Church of England who had fled to The Netherlands to escape what they viewed as religious persecution
Tagged under: On This Day 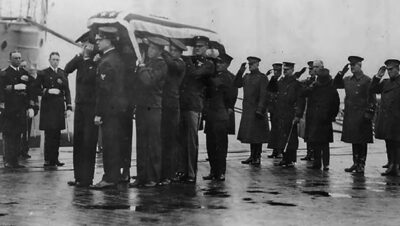 100th Anniversary of Dedication of the Tomb of the Unknown Soldier

Thursday, 11 November 2021 by Bruce Williams
Today, November 11, 2021, is Veterans Day where all Americans celebrate the courage and sacrifice of those who have served in our armed forces. It also happens to be the 100th anniversary of the dedication of the Tomb of the Unknown Solider in Arlington National Cemetery. On this Veterans Day, while we honor all those 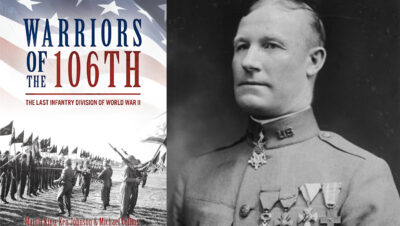 New Books: “Warriors of the 106th” and “Woodfill of the Regulars”

Tuesday, 09 November 2021 by Bruce Williams
Revere’s Riders runs several events at Camp Atterbury near Edinburgh, IN. Camp Atterbury was established in 1941 and was used for training soldiers during WWII, later a POW camp, and finally a training facility for the Indiana National Guard. Camp Atterbury is also the new host for the NRA National Matches. We have added two 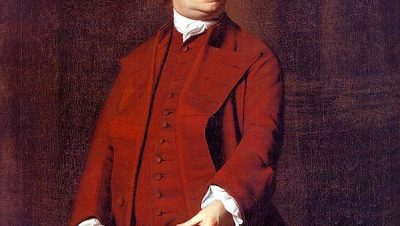 Monday, 27 September 2021 by Bruce Williams
On September 27, 1722, Samuel Adams was born to Samuel Adams, Sr. and Mary (Fifield) Adams. Samuel was one of twelve children only three of whom survived past their 3rd birthday. The younger Adams went on to attend Harvard College where he graduated in 1740. After short and failed stents working as a lawyer, in
Tagged under: On This Day 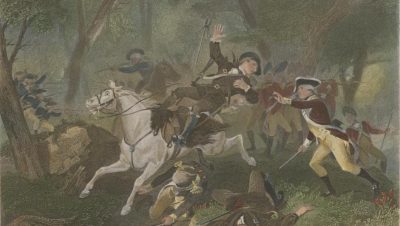 Sunday, 08 August 2021 by Bruce Williams
On this day, August 8, 1754 in Philadelphia, Pennsylvania, Joseph Greer was born. One of eleven children, his family would move to the frontier of Staunton, Virginia and later the Watauga River area of Tennessee. In 1769 Joseph, his father and brothers were among 40 men who would defend Fort Watauga from more than 300 Indians—he had just turned 15. During
Tagged under: On This Day 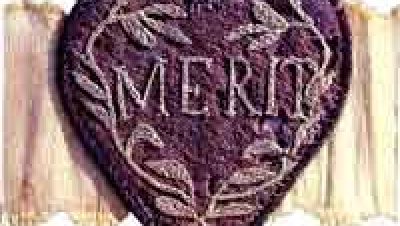 Saturday, 07 August 2021 by Bruce Williams
In his General Orders of August 7, 1782 issued from his headquarters in Newburgh, New York, George Washington decreed the creation of two Honorary Badges of Distinction and a Badge of Military Merit. Previous custom was to only present military honors to the high-ranking officers of victorious forces rather than honoring individual soldiers. Of the
Tagged under: On This Day 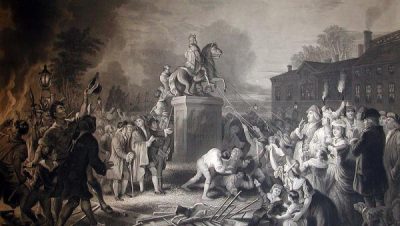 On This Day: First Public Reading of the Declaration of Independence

Friday, 09 July 2021 by Bruce Williams
On July 9, 1776, the Declaration of Independence was read for the first time in New York in front of George Washington and his troops. In reaction to what had been read, soldiers and citizens went to Bowling Green, a park in Manhattan, where a lead statue of King George III on horseback stood. The
Tagged under: Declaration of Independence, On This Day 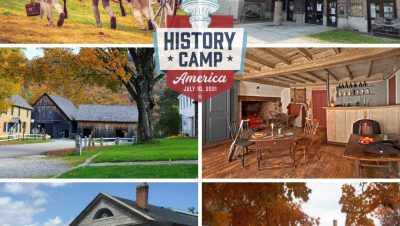 Monday, 05 July 2021 by Bruce Williams
This is short notice, but we just became aware of what sounds like a great virtual event occurring this coming weekend: History Camp America 2021. From the event description: On Saturday, July 10, join history enthusiasts from across the country to learn, connect, have fun, and explore all things history—without the need to travel. Your 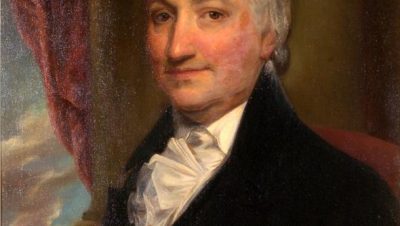 Monday, 05 July 2021 by Bruce Williams
On July 5, 1779, Hugh M. Brackenridge delivers an Eulogium to those gathered in Pennsylvania to honor those who have fallen during the Revolutionary War: “IT is the high reward of those who have risked their lives in a just and necessary war, that their names are sweet in the mouths of men, and every
Tagged under: On This Day
TOP
Loading Comments...