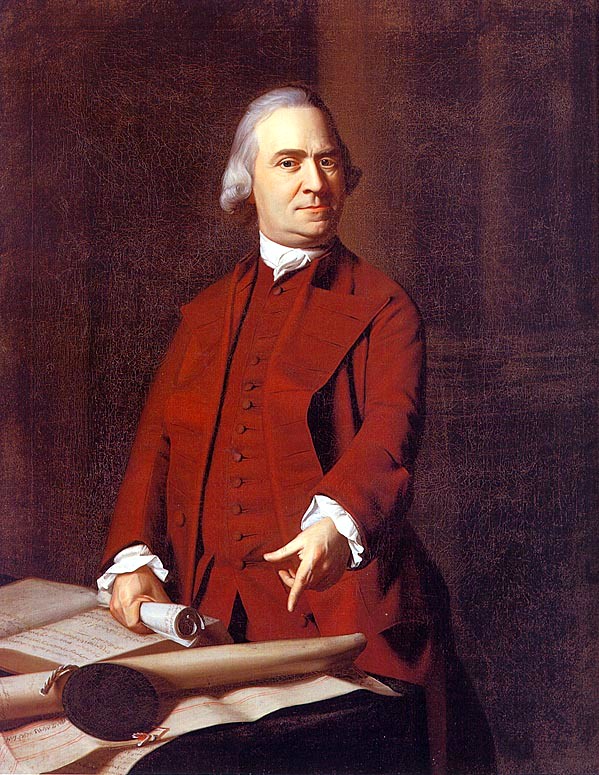 On September 27, 1722, Samuel Adams was born to Samuel Adams, Sr. and Mary (Fifield) Adams. Samuel was one of twelve children only three of whom survived past their 3rd birthday. The younger Adams went on to attend Harvard College where he graduated in 1740. After short and failed stents working as a lawyer, in a counting house and in his own failed business, until the senior Adams made him a partner in the family maltster business.

The younger Adams would grow increasingly involved in politics. He was elected to his first office in 1747 as one of the clerks of the Boston Market. In 1756, he was elected to the post of tax collector but his failure to assiduously collect taxes left his accounts in arrears for which he was personal liable. Adams’ friends paid off a portion of the debt while the town meeting forgave the remainder.

From this mostly failed initial foray into politics, Samuel would increase his political influence with opposition to the Sugar Act of 1764 which levied taxes on colonial sugar in an attempt to pay off British debts from the French and Indian War of 1754-1763. Adams was selected to transcribe the written instructions of the Boston town meeting to the Massachusetts House:


“For if our Trade may be taxed, why not our Lands? Why not the Produce of our Lands & everything we possess or make use of? This we apprehend annihilates our Charter Right to govern & tax ourselves. It strikes at our British privileges, which as we have never forfeited them, we hold in common with our Fellow Subjects who are Natives of Britain. If Taxes are laid upon us in any shape without our having a legal Representation where they are laid, are we not reduced from the Character of free Subjects to the miserable State of tributary Slaves?”

Tensions reached a boiling point with the Boston Massacre of March 5, 1770 where British soldiers shot and killed five colonists. Samuel Adams and other colonial representatives met with Massachusetts Governor Thomas Hutchinson (Hutchinson was appointed by King George III) to argue for the removal of British troops from Boston. The British commander agreed and all troops were removed to Castle William in Boston’s harbor. 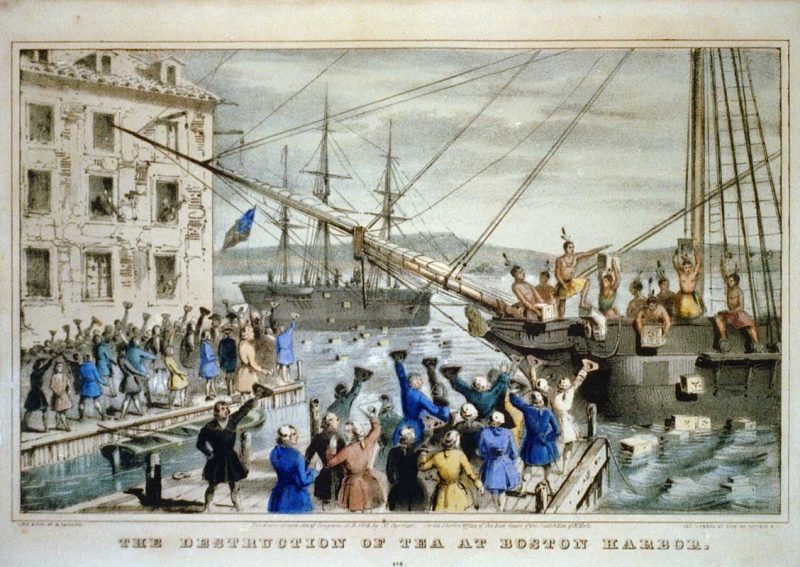 Samuel Adam’s would go on to play an important part in the opposition to the Tea Act of 1773 as well, which culminated in the infamous Boston Tea Party. While Adams strongly defended the actions of the colonists that boarded the British ships in Boston harbor and dumped their cargo of tea overboard, it is not known if Adams actually participated directly.

On April 14, 1775, while Adams and Hancock were in Lexington, General Gage (whom King George III had appointed Governor of Massachusetts and commanding officer of the British forces in Boston) received a letter from Lord Dartmouth advising him to


“…arrest the principal actors and abettors in the Provincial Congress whose proceedings appear in every light to be acts of treason and rebellion.”

On the night of April 18, 1775, Gage would send a British expedition to seize military supplies that the colonists had stored in Concord. Gage’s written instructions to Lieutenant Colonel Francis Smith included no mention of apprehending Adams and Hancock in Lexington as part of the mission; however, some historical accounts claim that Gage made such a recommendation verbally. In any case, the colonists had reason to believe that Adams and Hancock might be the object of the mission leading Joseph Warren to dispatch Paul Revere to warn both Adams and Hancock as well as the townspeople of Concord of the British mission.

Both Adams and Hancock narrowly avoid arrest due to the efforts of Paul Revere, the first shots of the Battle of Lexington occurring shortly after their departure. The Battle of Concord later in the day plus the efforts of the colonial militia to defend their liberty would directly lead to the birth of the United States of America.

Samuel Adams would go on to nominate George Washington as Commander in Chief of the Continental Army, sign the Declaration of Independence, be appointed the Massachusetts delegate to the committee that would draft the Articles of Confederation (to which he would also be a signatory), as well as assist in drafting the Massachusetts Constitution along with his cousin John Adams (2nd President of the United States) and James Bowdoin.

Upon retiring from the Continental Congress in 1781, Samuel returned to Boston. His friendship with John Hancock would become more strained as he began to look upon Hancock’s aristocratic lifestyle with more disdain. While in Boston, Samuel advocated for free public education for all children, including girls, which was a controversial position at the time.

In 1789, Adams would be elected Lieutenant Governor of Massachusetts and would serve in that capacity until Governor John Hancock’s death in 1793, when he became acting governor. Samuel Adams would be re-elected to four additional annual terms as governor until his retirement in 1797. 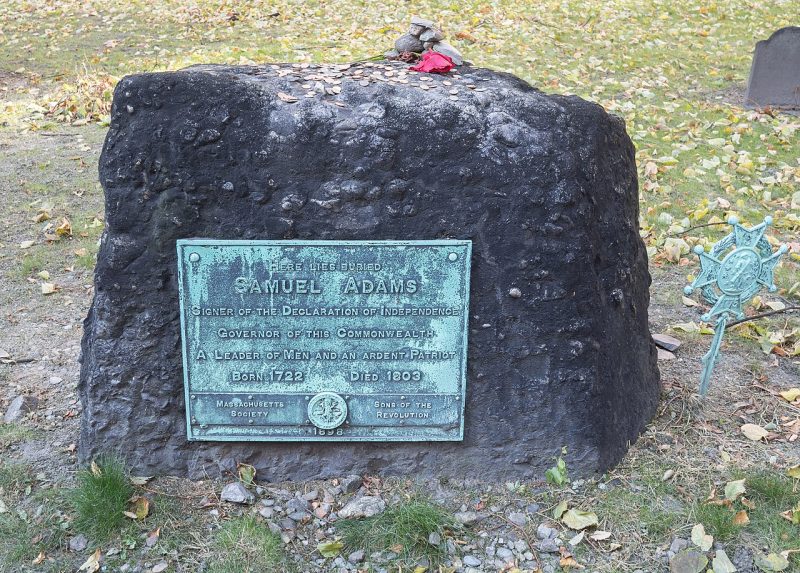 Samuel Adams died at the age of 81 on October 2, 1803 and is buried at the Granary Burying Ground in Boston.

Among the natural rights of the colonists are these: First a right to life, secondly to liberty, and thirdly to property; together with the right to defend them in the best manner they can.

We have proclaimed to the world our determination ‘to die freemen, rather than to live slaves.’ We have appealed to Heaven for the justice of our cause, and in Heaven we have placed our trust.

For my own part, I have been wont to converse with poverty; and however disagreeable a companion she may be thought to be by the affluent and luxurious, who were never acquainted with her, I can live happily with her the remainder of my life if I can thereby contribute to the redemption of my country.