by Bruce Williams / Wednesday, 21 August 2019 / Published in RR in the News, Shooting Sports 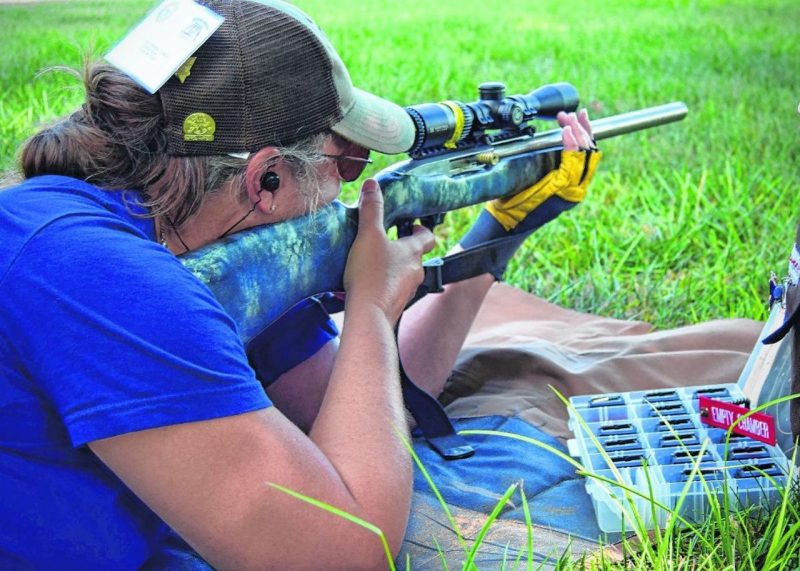 It wasn’t easy, however, because earlier in the day during her first string of fire in the Telescopic Class competition, one of the RSOs tapped on her shoulder and claimed she was using an illegal glove. The glove was later determined to be completely legal, but Jeannie found it difficult to mentally shake off the confrontation early in the competition.

During the Telescopic Class competition, Jeannie recalled how the challenge to the legality of her shooting glove affected her:

My heart never stopped racing the whole hour-and-a-half match that I shot. I could feel it just beating in my chest. I can usually see my heartbeat come through my sling, and I can see it moving the reticle. I can usually hold steady enough that the reticle stays within the X ring. After the interruption from the RSO my reticle was bouncing across the 10 ring because my heart was racing so fast. My sights are never moving that much. It was unnerving.

To top it off, Jeannie ended up having a malfunction on the last rapid fire string of the match and failed to get 3 shots off. She still put up a 558-32X score in Telescopic Class and earned a bronze scoring medal. That score was good enough for 89th overall (out of 205) and 14th out of 36 women competitors.

With two hours until the Tactical/Unlimited Class competition, Jeannie tried listening to music to regain her focus. She was only partially successful:

My anxiety was up and my heart was still pounding, but I was just going to try my best. That’s all I could do. It’s hard to focus once you know that the goal you’ve worked hard for all year long is not going to happen. It was difficult to even look forward to shooting another match. The Tactical/Unlimited rifle was my secondary rifle, my main goals were with the Telescopic rifle. I set lofty goals and will continue to set those lofty goals because I know I am capable of achieving them. I just need to continue to try, work hard and follow the plan set forth to achieve those goals.

Fortunately, Jeannie was still able to put up her new national record score of 588-27X in the Tactical/Unlimited Class.

Jeannie often assists in running Revere’s Riders events at the Bedford Contingent in Bedford, IN. Shannon (“Chilidog”) Childers, owner of the Bedford Contingent range, also participated in the CMP National Rimfire Sporter Matches and shot a 492-8X in Open Class (open sights) which was good enough for 41st out of 57 competitors. 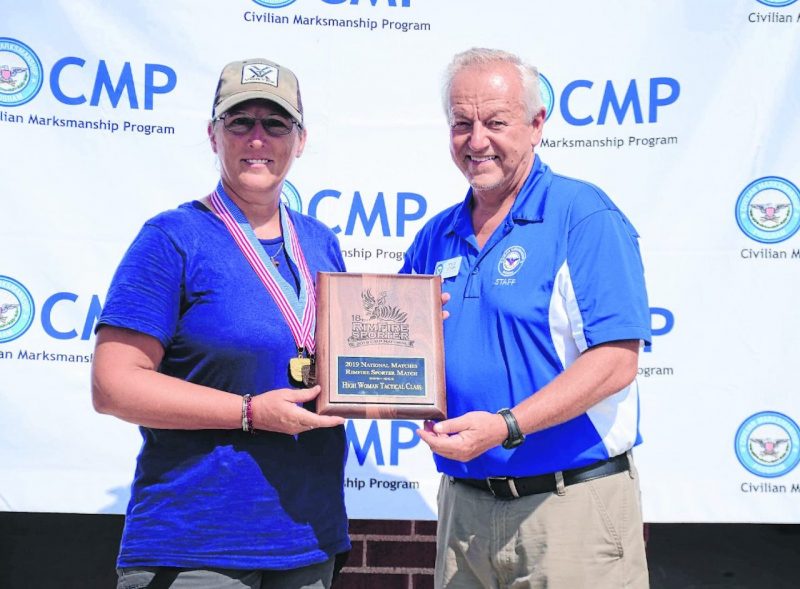