In honor of the sacrifices made by America’s founders during this holiday season we are offering 13% off — 1% for each of the thirteen colonies — on all purchases of event tickets or memberships.  Use coupon code “WashingtonsCrossing2016” to claim the discount before January 3.

Find an Event Near You Today!

Late in the evening of December 25, 1776, a ragged band of Patriots crossed the frigid Delaware river to launch a surprise attack on battle hardened Hessian mercenary regular soldiers.  These Continentals were the few men who remained after a string of defeats that left the outcome of the American Revolution very much in doubt.  Just a few days prior, the men had huddled together around campfires and read words that still stir Americans today:

These are the times that try men’s souls; the summer soldier and the sunshine patriot will, in this crisis, shrink from the service of his country; but he that stands it now, deserves the love and thanks of man and woman. Tyranny, like hell, is not easily conquered; yet we have this consolation with us, that the harder the conflict, the more glorious the triumph.

Today — with the benefit of hindsight — we know that George Washington and his small core of Continentals won a decisive and much-needed victory at Trenton, New Jersey, but at the time it was a desperate last-ditch effort after a string of defeats with the fate of a nation in the balance.  Washington followed up the victory with a short campaign culminating in a successful raid on the British stronghold in Princeton on January 3. 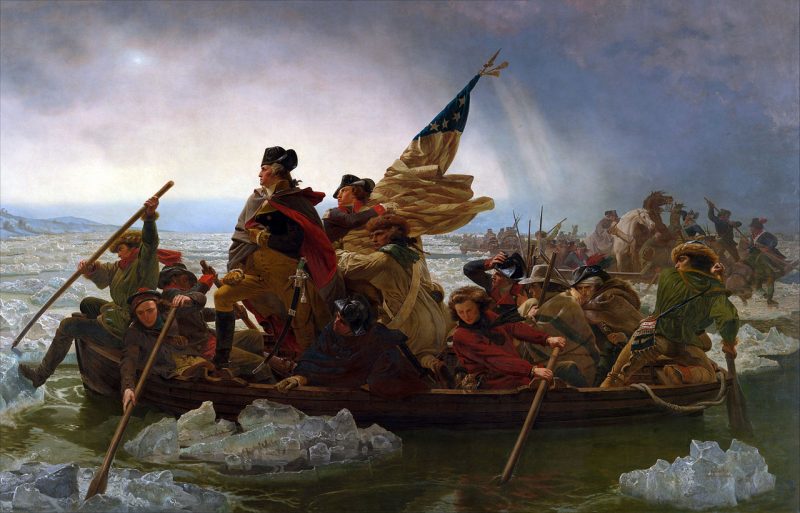 To learn more about this historical event, check out “Washington’s Crossing” which is written by the author of “Paul Revere’s Ride.”

The present winter is worth an age, if rightly employed…there is no punishment that man does not deserve, be he who, or what, or where he will, that may be the means of sacrificing a season so precious and useful.

We hope to see you soon.  From all of us at Revere’s Riders, please enjoy the holidays.  Thank you for reflecting on the sacrifices which have made it possible for us to be with our loved ones today.

Find an Event Near You Today!