April 19 — the anniversary of Paul Revere’s famous ride and the “shot heard ’round the world” — will soon be upon us!  In honor of courage of patriots who stood their ground on Lexington Green, resulting in nine killed and eight wounded American colonists, use code “LexingtonGreen2017” for a discount of 17% on all of our events.  This discount expires on April 19, so act fast!

On Tuesday evening a detachment from the army, consisting, it is said, of eight or nine hundred men, commanded by Lieutenant-Colonel Smith, embarked at the bottom of the common at Boston, on board a number of boats and landed at Phips Farm a little way up the Charles River, from whence they proceeded with silence and expedition on their way to Concord about eighteen miles from Boston. The people were soon alarmed and began to assemble in several towns before daylight in order to watch the motion of the troops. At Lexington, six miles below Concord, a company of militia, of about one hundred men, mustered near the meeting house. The troops came within sight of them just before the sunrise and running within a few rods of them, the commanding officer accosted the militia in words to this effect “Disperse you rebels – Damn you, throw down your arms and disperse.” Upon which the troops huzz’d and immediately one or two officers discharged their pistols, which were instantaneously followed by the firing of four or five of the soldiers and then there seemed to be a general discharge from the whole body. Eight of our men were killed and nine wounded. 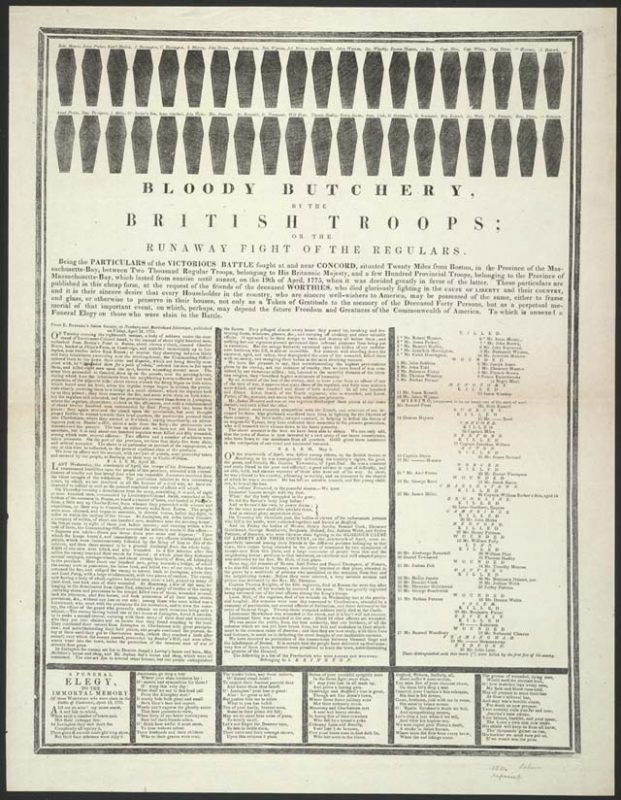 Please check the schedule of events for a history presentation, marskmanship clinic or shooting match near you and join us in celebrating the occasion!  If there’s no event near you, it isn’t too late to see if we can set one up.