“Known as the poet of the American Revolution, Philip Freneau was influenced by both the political situation of his time and the full, active life he led. He attended Princeton University, where James Madison was his roommate, and planned to become a minister. However, at Princeton he became engaged in political debates with fellow students and pursued his interest in writing.”

“He felt a deep obligation to perform public service, and his satires against the British in 1775 were written out of fervent patriotism. At the same time he distrusted politics and had a personal yearning to escape social turmoil and war. The romantic private poet within him struggled against his public role. Thus, paradoxically, in 1776 the “poet of the revolution” set sail for the West Indies where he spent two years writing of the beauties of nature and learning navigation. Suddenly in 1778, he returned to New Jersey and joined the militia and sailed the Atlantic as a ship captain. After suffering for six weeks on a British prison ship, he poured his bitterness into his political writing and into much of his voluminous poetry of the early 1780s.” 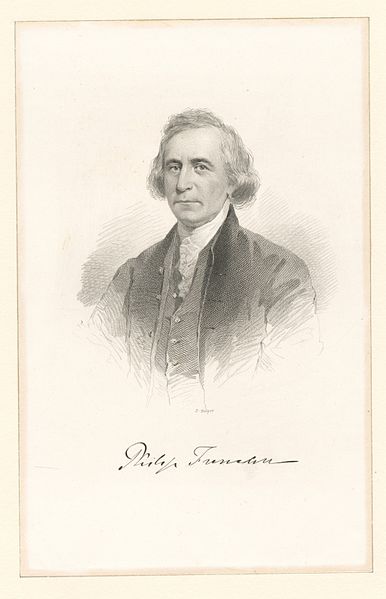 Libera Nos, Domine.—Deliver us, O Lord,
not only from British dependence, but also

From a junto that labour with absolute power,
Whose schemes disappointed have made them look sour,
From the lords of the council, who fight against freedom,
Who still follow on where delusion shall lead them.

From the group at St. James’s, who slight our petitions,
And fools that are waiting for further submissions—
From a nation whose manners are rough and severe,
From scoundrels and rascals,—do keep us all clear.

From pirates sent out by command of the king
To murder and plunder, but never to swing.
From Wallace and Greaves, and Vipers and Roses,
Whom, if heaven pleases, we’ll give bloody noses.

From the valiant Dunmore, with his crew of banditti,
Who plunder Virginians at Williamsburg city,
From hot-headed Montague, mighty to swear,
The little fat man with his pretty white hair.

From bishops in Britain, who butchers are grown,
From slaves that would die for a smile from the throne,
From assemblies that vote against Congress proceedings,
(Who now see the fruit of their stupid misleadings.)

From Tryon the mighty, who flies from our city,
And swelled with importance disdains the committee:
(But since he is pleased to proclaim us his foes,
What the devil care we where the devil he goes.)

From the caitiff, lord North, who would bind us in chains,
From a royal king Log, with his tooth-full of brains,
Who dreams, and is certain (when taking a nap)
He has conquered our lands, as they lay on his map.

From a kingdom that bullies, and hectors, and swears,
We send up to heaven our wishes and prayers
That we, disunited, may freemen be still,
And Britain go on—to be damned if she will.