In June, two Revere’s Riders instructors, Bradley Settle (“Slim”) and Kevin Fitz-Gerald (“Unbridled Liberty”), made a journey to Boston, Massachusetts. There they visited what has become known as Battle Road, where, on April 19, 1775, men and women who were previously British subjects took up arms and fought for Liberty. In the course of the Battles of Lexington and Concord, colonists became Americans by defying the greatest armed force in the world.

The story of April 19, 1775 is retold at nearly every Revere’s Riders event, both to recall the acts of courageous men who put their life, liberty and sacred honor on the line as well as to reinvigorate that same spirit of liberty in today’s Americans. The men who fought on April 19th could have never imagined the great nation that would be birthed from their sacrifices, they knew only that they could no longer be subjects of a king they had grown to view as tyrannical. They fought for freedom and liberty for themselves and their fellow colonists.

Originally, I intended to pull selected passages from Slim’s Facebook account of the journey. However, after a careful reading of Slim’s account, I came to the conclusion that I would be doing a disservice by not reproducing Slim’s account in it’s entirety. So, I urge you to click over to Facebook and read Slim’s account as well as Kevin’s response in the comments. Hopefully, you will be inspired by the story of two devotees of Revolutionary War history traveling to, what is for them, hallowed ground; where Colonist and Redcoat both fell in battle, the sites of their ultimate sacrifice remain yet today, undisturbed and solemnly marked by flags.

For the rest of the week I was exhausted…. but I held the smile of a man who knows well what he’s about.

Below are a few photos from the trip; many more can be found on both Slim’s and Unbridled Liberty’s Facebook pages. 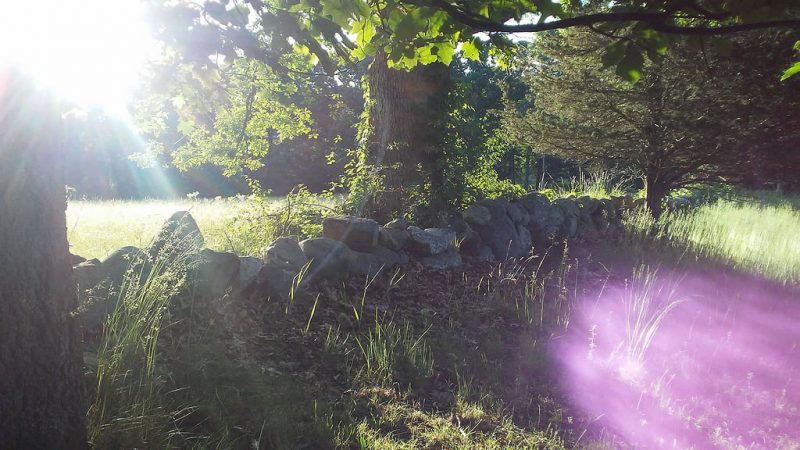 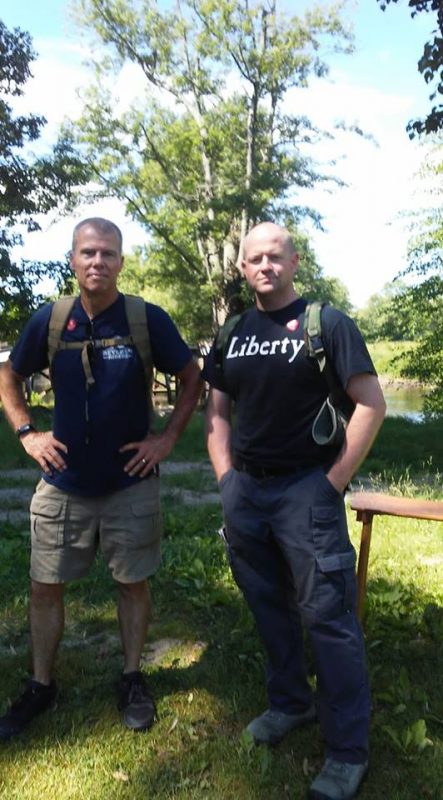 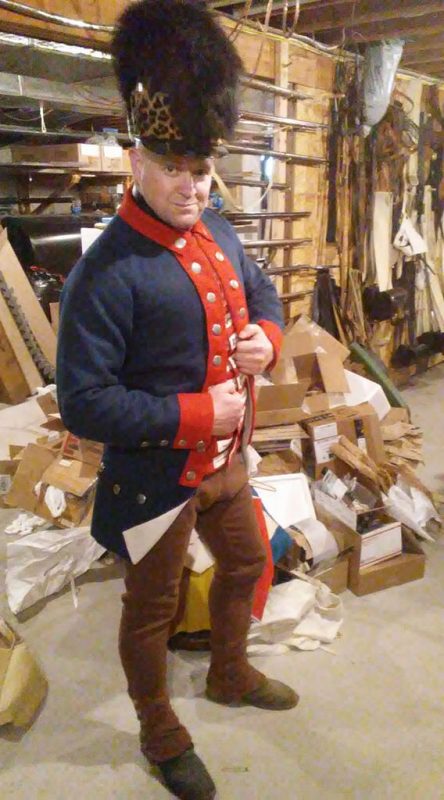 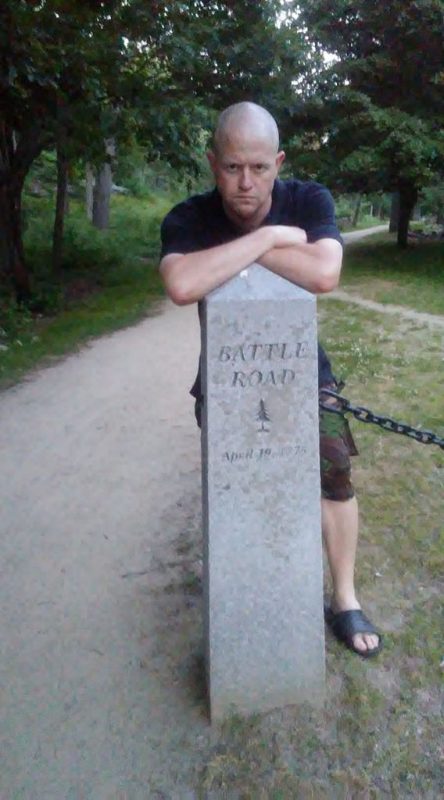 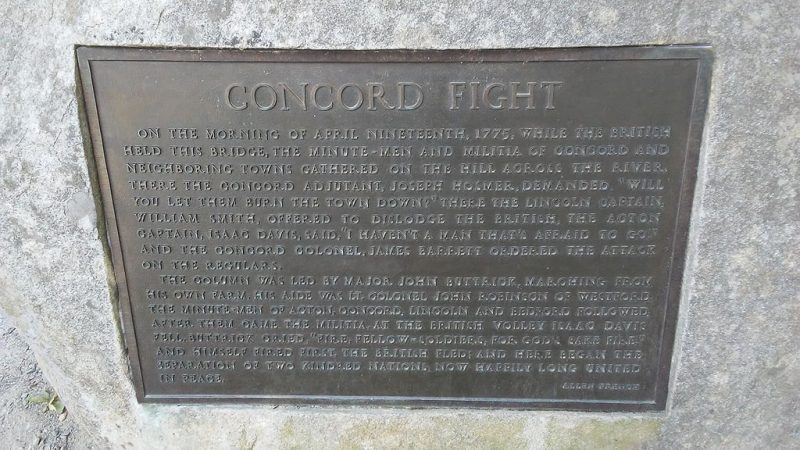 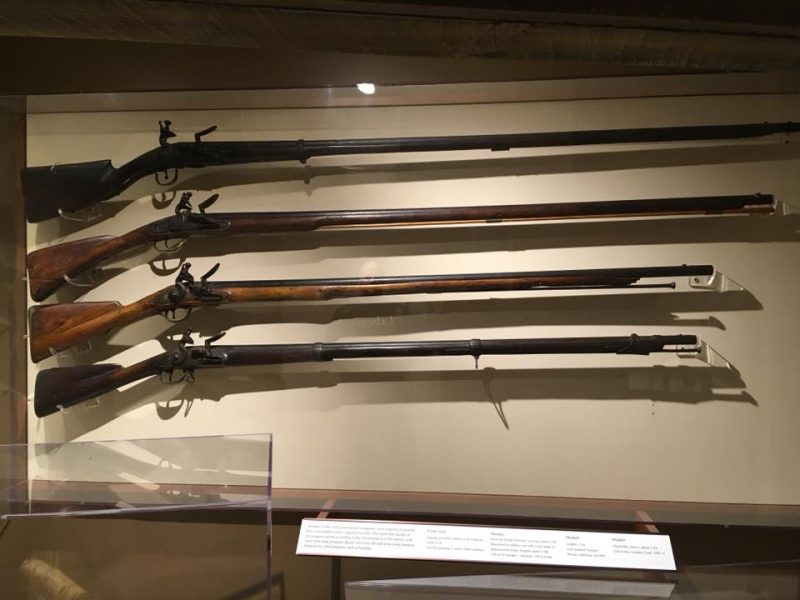 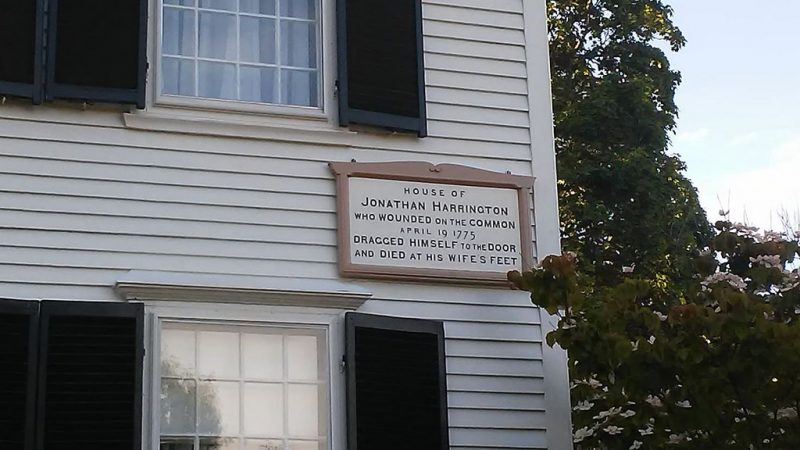 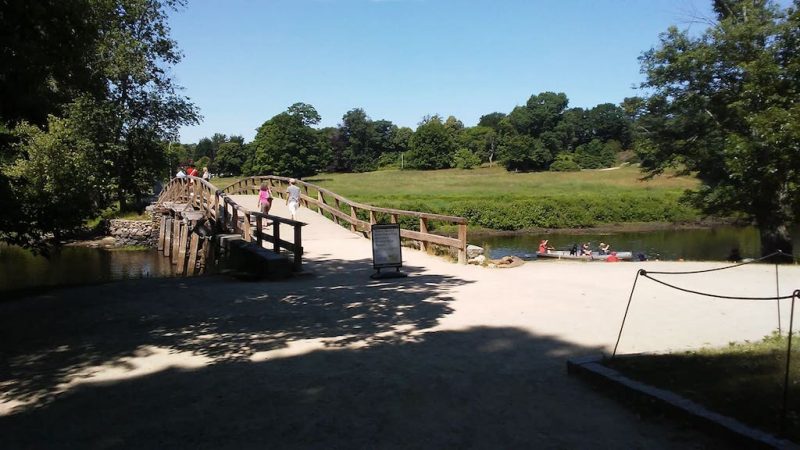 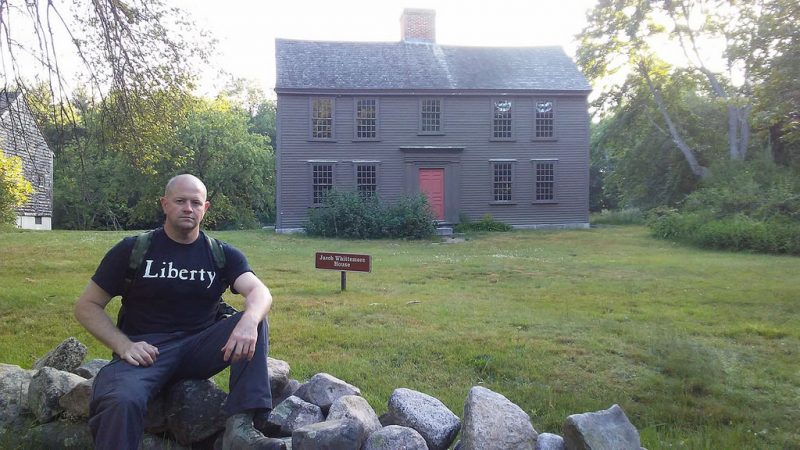 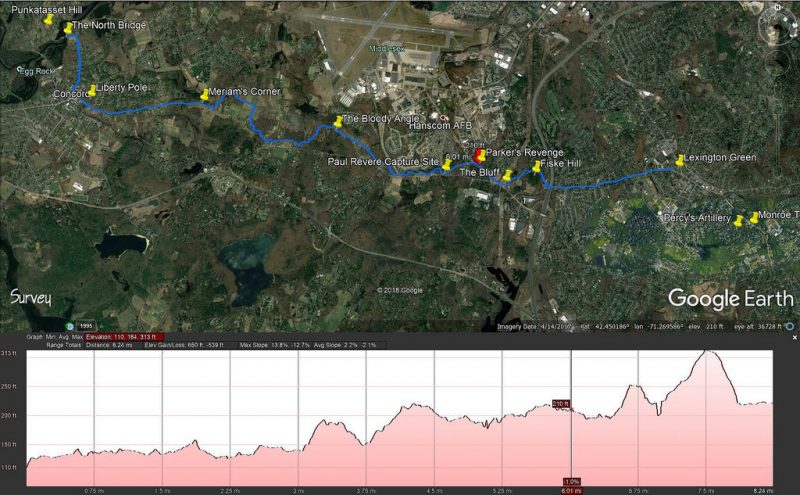