A WWI diary written by Private Arthur Edward Diggens (born August 26, 1895 in London) has been recently found in a barn in Leicestershire, England. The diary was discovered in a box along with other unrelated militaria items the provenance of which is unknown. Entries in the diary begin on February 13, 1916 and end abruptly on October 11, 1916 implying that Pvt Diggens possibly became a war casualty on that date.

Fortunately, after some research, it was discovered that Pvt Diggens survived the war to come home to marry his sweetheart, Alice, and raise a family. The diary ended on October 11 due to Pvt Diggens receiving a new address book from Alice which he used as a diary from October 1916 on. That diary and another which included Diggens’ entries from the Gallipoli Campaign have been lost.

The found diary includes entries from the Battle of the Somme, the largest battle of WWI involving more than 3 million men from the British Empire, the French Third Republic and German Empire; 1 million men were wounded or killed during the Battle of the Somme making it one of the deadliest battles in history. The British alone suffered more than 350,000 casualties. One man was killed every 4.4 seconds.

Entries from the diary include the following:

A shell drops just a few yards in front of our billet. We were all out except three of the boys. One was wounded… a good job I was not on my bit as a piece of shell buried itself in my candle. Oh, you lucky devil.

Received a letter from Alice I shall never forget.

The morning of the attack which came off at 7:30. Something awful. Never witnessed anything like it before. After a bombardment of a week, the Germans mounted their own trenches and the infantry reckon that every German had a machine gun. Our fellows were mowed down.

Pvt Diggens was discharged in 1919 and awarded the 1914-15 Star, War Medal and Victory Medal. The diary will be auctioned at Hansons Auctioneers and Valuers Ltd on March 20, 2020. 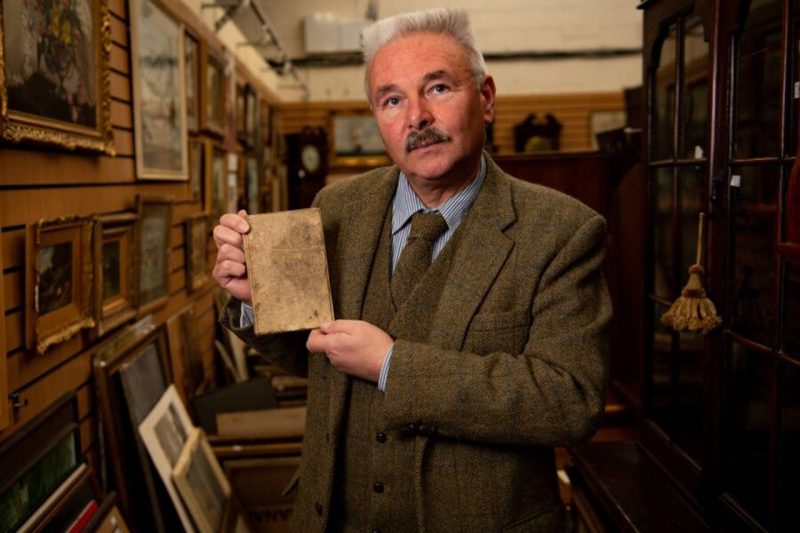 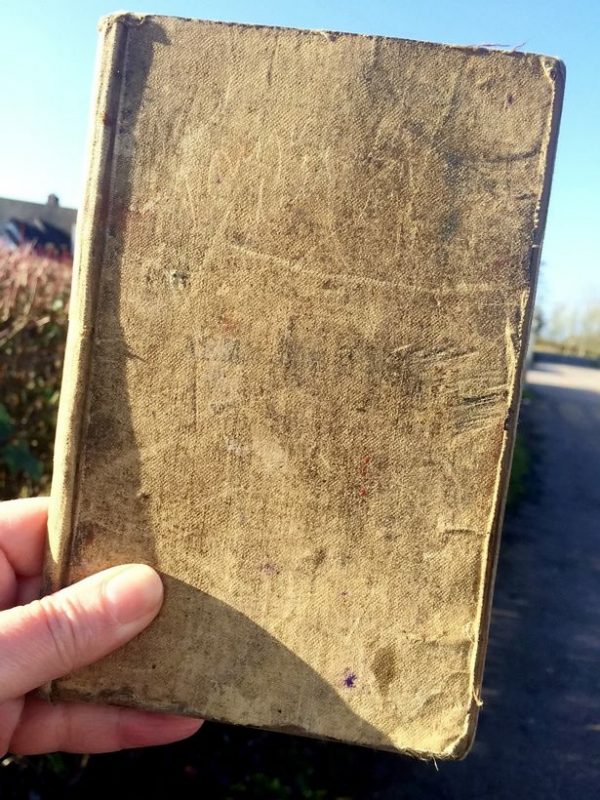 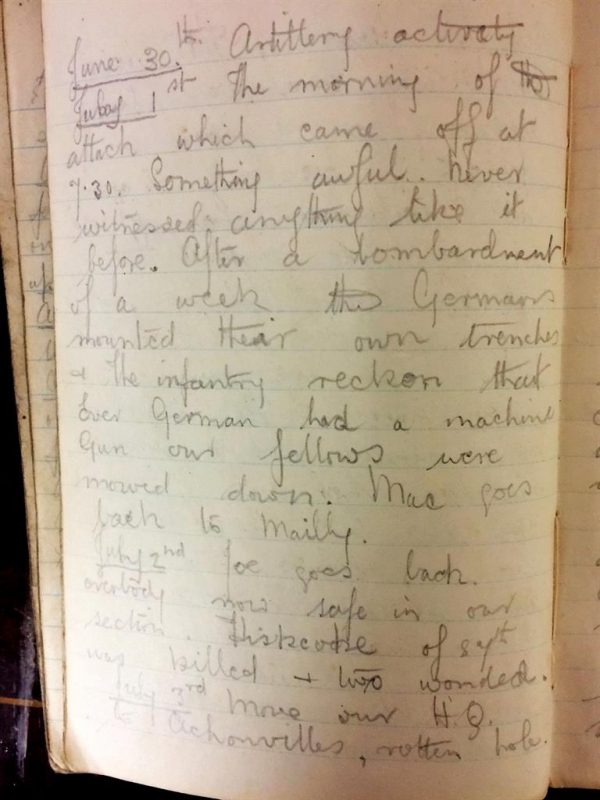