On This Day: John Hancock is Born

On this day, January 23rd, in 1737 John Hancock is born to Colonel John Hancock, Jr. (a soldier, planter, and politician) and Mary Hawke Thaxter. Hancock’s father would die in 1744 at which time the younger Hancock was sent to live with his aunt, Lydia, and uncle, Thomas.

Thomas Hancock was a merchant and one of the wealthiest men in Boston. His business, The House of Hancock, imported manufactured goods from Britain and exported rum, whale oil, and fish. During the French and Indian War, The House of Hancock procured many profitable government contracts adding to the family’s wealth. 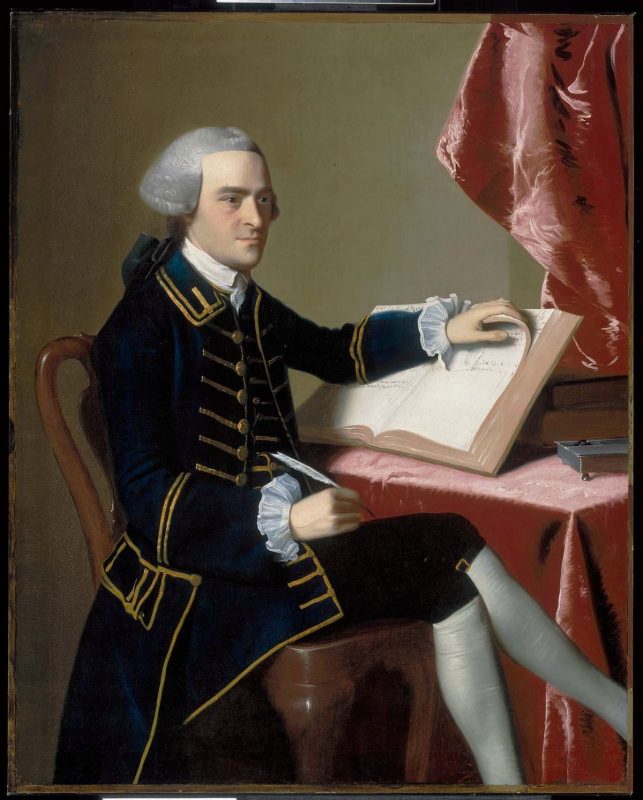 John attended Boston Latin School and Harvard College, receiving his bachelor’s degree in 1754. John gradually took on more responsibilities at The House of Hancock as his uncle’s health faltered. Upon his uncle’s death in 1764, John inherited the business in its entirety, his uncle’s mansion, two or three household slaves, and several thousand acres of land. John was now one of the wealthiest men in the colonies.

John soon followed in his uncle’s footstep and entered politics being elected as one of the five selectmen of Boston in 1765, a position once held by his uncle. In 1766, Hancock was elected to the Massachusetts House of Representatives. During this time, the hugely unpopular Stamp Act of 1765 was passed, imposing a fee on all legal documents. Hancock initially took a moderate position on the Stamp Act, but later became more critical of the tax. During John’s initial political endeavors he would become acquainted with Samuel Adams, the clerk of the Massachusetts House of Representatives.

The Stamp Act was repealed in 1766 but was soon replaced by the Townshend Acts of 1767 which imposed new duties on glass, lead, paints, paper, and tea imported to the colonies from Britain. In response, many colonists turned to smuggling and Hancock was suspected of engaging in the practice as well. In 1768, one of Hancock’s ships, the Lydia, was boarded by “tidesmen” (customs agents) and an effort was made to search the ship. Hancock refused to let the tidesmen below decks as they lacked a “writ of assistance” (the colonial version of a search warrant). Charges were filed against Hancock but he was acquitted of any wrongdoing. 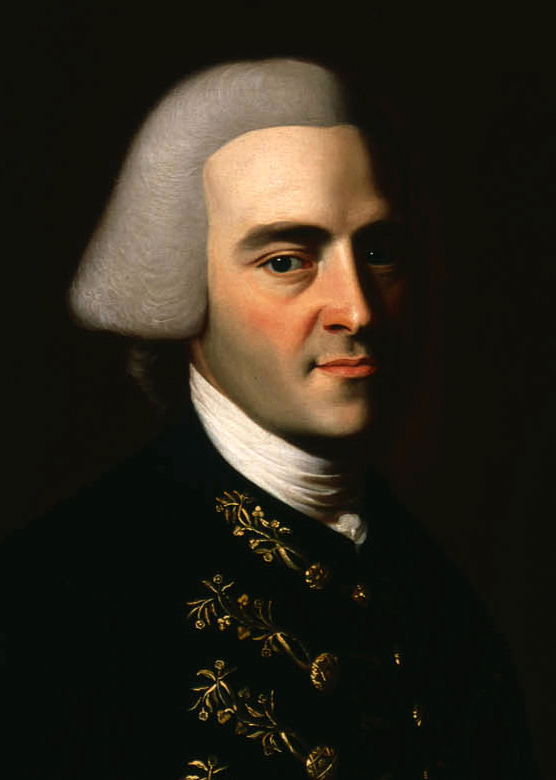 Only a month later, another of Hancock’s ships, fortuitously christened the Liberty, would deliver a 25 pipes of wine, a much smaller quantity than her carrying capacity of nearly four times that amount. Customs officials suspected Hancock of smuggling. A month later, officials seized the Liberty after one of the two tidesmen stationed on the ship at the time reneged on their initial story denying any cargo being illegally offloaded.

British officials filed two lawsuits against Hancock. One of the suits resulted in the confiscation of the Liberty. In the other lawsuit, Hancock was represented by John Adams in vice admiralty court, a court which had no jury and in which defendants were not customarily allowed to cross-examine witnesses. The second trial lasted for nearly five months until the charges against Hancock were inexplicably dropped.

Despite having charges dropped, Hancock surely felt he was the subject of at least some degree of persecution. His ships had been boarded and searched; one ship was confiscated. He was forced to endure a prolonged trial where his rights as a defendant were severely limited. While Hancock has long been suspected of being a participant in smuggling, no evidence exists to prove it.

Hancock would continue to be involved in Boston politics including advocating for the removal of British troops after the Boston Massacre of 1770. Hancock claimed that 10,000 colonists were ready and waiting to march on Boston if the troops failed to leave. This bluster in the face of British power would earn him a near unanimous re-election to the Massachusetts House of Representatives.

In 1774, the British Governor, Thomas Gage, would cancel a scheduled meeting of the General Court, one of the British legislative bodies empowered to rule Massachusetts. In response, the House resolved itself into the Massachusetts Provincial Congress as a body independent of British control. Hancock was elected as president of the Provincial Congress and also served on the Committee of Safety. Shortly thereafter, Hancock was appointed a delegate to the Second Continental Congress.

John Hancock had now solidified a strong position of power in the fledgling colonial government. This made him a considerable threat to British power in the colonies.

After attending a Massachusetts Provincial Congress in Concord in April 1775, Hancock and Samuel Adams made the decision to stay at Hancock’s childhood home in Lexington rather than risk returning to Boston. Unbeknownst to Hancock and Adams, Thomas Gage had received a letter from Lord Dartmouth on April 14, 1775, advising him to “arrest the principal actors and abettors in the Provincial Congress whose proceedings appear in every light to be acts of treason and rebellion”.

During the night of April 18, 1775, British troops would leave Boston on an expedition to confiscate arms and powder stored by colonists in Concord. Paul Revere would embark on his famous midnight ride to warn Hancock and Adams of the impending British expedition along with bringing the alarm to Concord so arms and powder could be hidden.

Thus began the Battles of Lexington and Concord.

The more people who own little businesses of their own, the safer our country will be, and the better off its cities and towns; for the people who have a stake in their country and their community are its best citizens.

I congratulate you and my country on the singular favor of heaven in the peaceable and auspicious settlement of our government upon a Constitution formed by wisdom, and sanctified by the solemn choice of the people who are to live under it. May the Supreme ruler of the world be pleased to establish and perpetuate these new foundations of liberty and glory….Thank God, my country is saved and by the smile of Heaven I am a free and independant man.

In circumstances as dark as these, it becomes us, as Men and Christians, to reflect that whilst every prudent measure should be taken to ward off the impending judgments, …at the same time all confidence must be withheld from the means we use; and reposed only on that God rules in the armies of Heaven, and without His whole blessing, the best human counsels are but foolishness.

Let this sad tale of death never be told without a tear: let every parent tell the shameful story to his listening children, till tears of pity glisten in their eyes, or boiling passion shakes their tender frames.

Some boast of being friends to government; I am a friend to righteous government, to a government founded upon the principles of reason and justice; but I glory in publicly avowing my eternal enmity to tyranny.

I glory in publicly avowing my eternal enmity to tyranny.