Pistol 145 (Intro to Defensive Pistol) is the next progression after mastering Pistol 100 (Basic Pistol) in the Revere’s Riders pistol marksmanship training progression. John Viray (founder of Adaptive Consulting and Training, a US Army veteran, NRA Certified Instructor, and 1998 USPSA 3-Gun Champion) is the lead instructor for Pistol 145 (and the next step, Pistol 209). John has literally decades of experience in competitive shooting sports, military firearms, and firearms instruction.

Our latest Pistol 145 class was held September 25th at Lost Creek Conservation Club near Terre Haute, IN. John begins the course with an extensive discussion of: 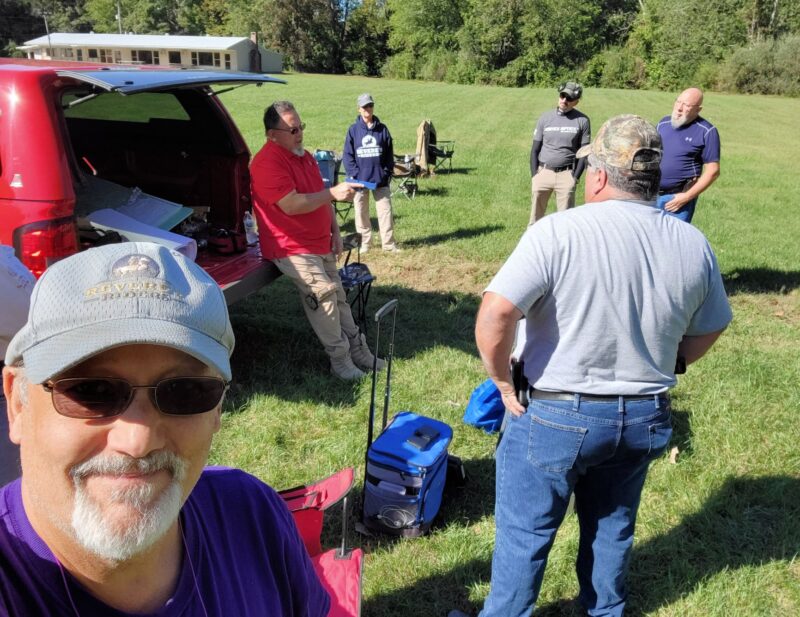 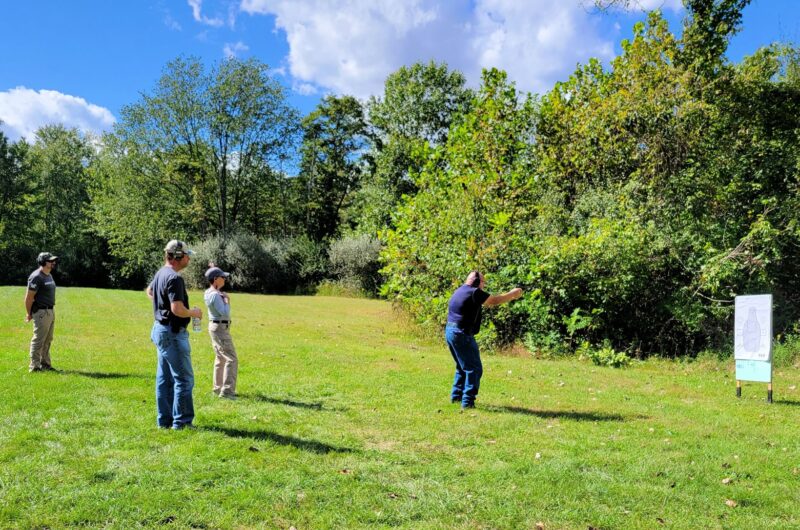 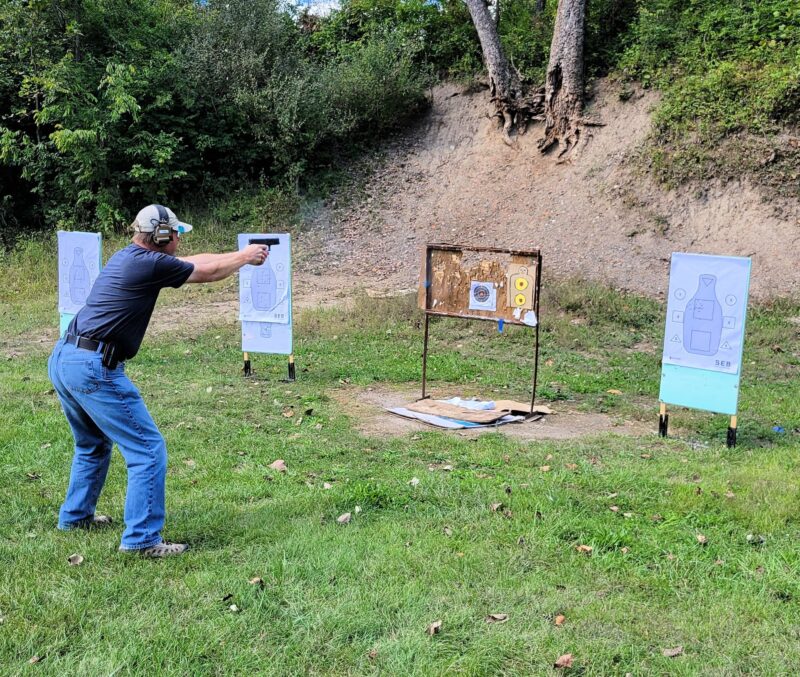 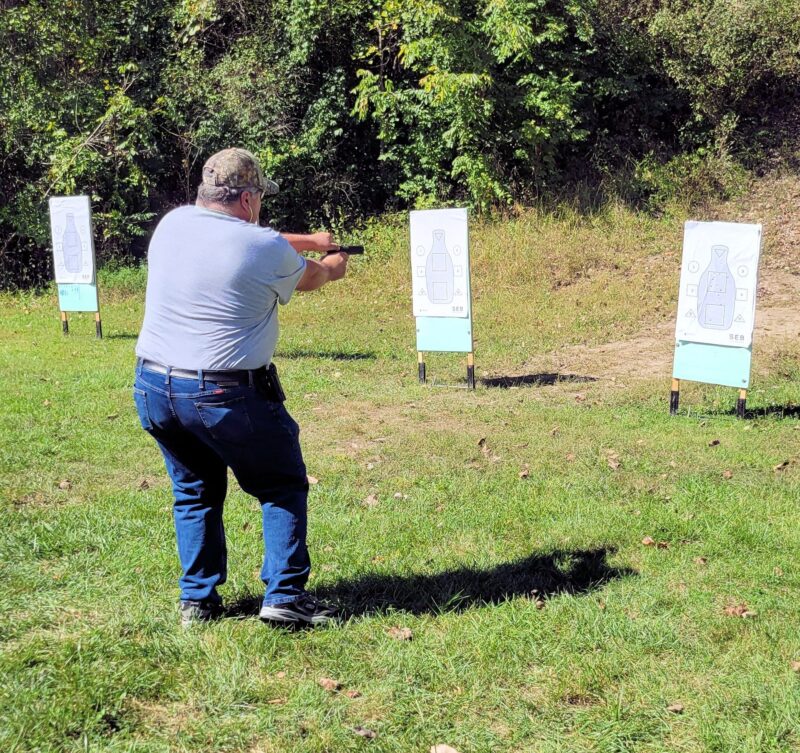 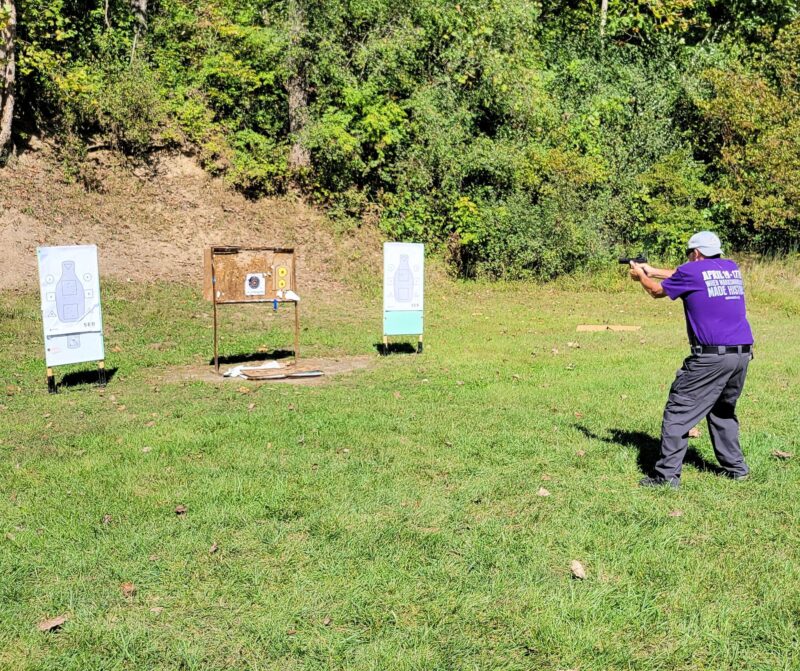 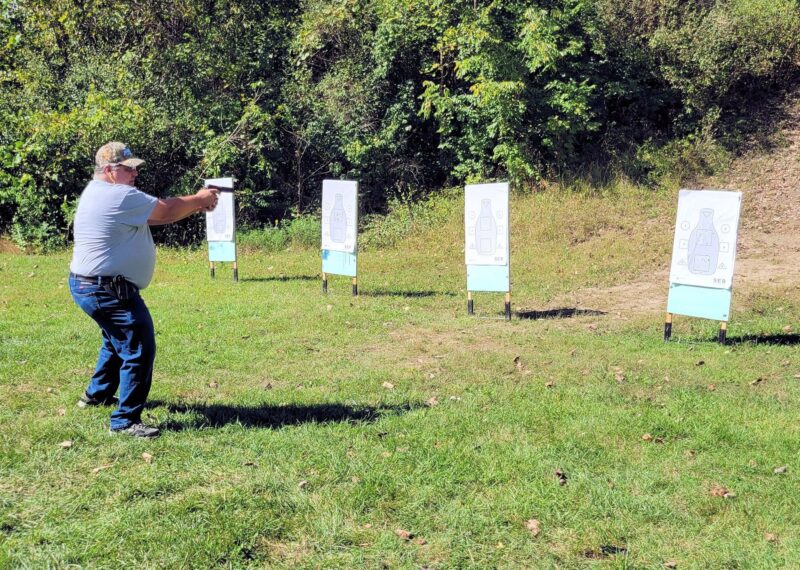 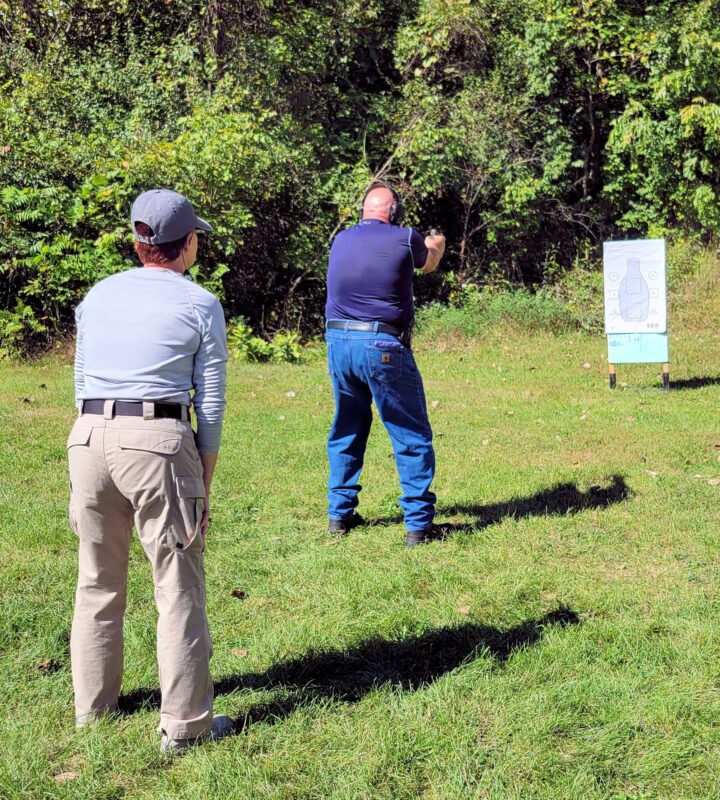 Range procedures and safety precautions are discussed after which students are asked to retrieve and holster their pistols.

The draw stroke is the first point of instruction on the firing line; John’s draw stroke consists of four “points” or “stops”. Students initially demonstrate their draw stroke with cleared firearms to ensure everyone is using proper technique. Once everyone’s technique is down, John has all students “work into the holster” during live fire. In other words, the progression is from the known firing stance of Pistol 100 to the unknown of holstering a pistol.

No prizes are given for fastest re-holster…

Once the draw stroke is mastered, drills build upon each other to add movement, emergency reloads, malfunction reductions, and threat scanning. John has a slight twist or insight into all of these pistol skills that are at once seemingly obvious but different from the “conventional wisdom”. The final drill of the day, the “Henk Drill”, combines all of these skills into a single drill that requires competence and concentration to successfully complete.

Below is a portion of the “Henk Drill”: