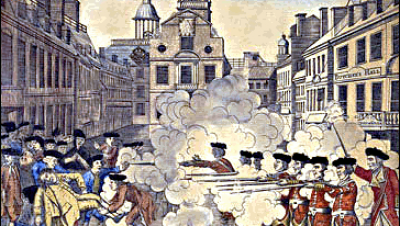 On This Day: Crispus Attucks

Friday, 05 March 2021 by Sharon Sabo
On this day, March 5th 1770, Crispus Attucks is killed during the Boston Massacre. The first to defy, The first to die. On March 5, 1770, British soldiers Captain-Lieutenant John Goldfinch and Private Hugh White stood guard outside the Boston Custom House on King Street in Boston (known as State Street today). Edward Garrick, a wigmaker’s
Tagged under: Crispus Attucks, On This Day
TOP
Loading Comments...