A portion of the proceeds from the Marty Brown Memorial events go to organizations that both support those diagnosed with ovarian cancer and the efforts to find a cure. For 2019, Revere’s Riders will be making a donation to Ovar’coming Together, an Indianapolis area non-profit organization founded by three ovarian cancer survivors concerned with the lack of information available to women regarding ovarian cancer. Ovar’coming Together helped to co-found the Ovarian Cancer National Alliance (now the Ovarian Cancer Research Fund Alliance). 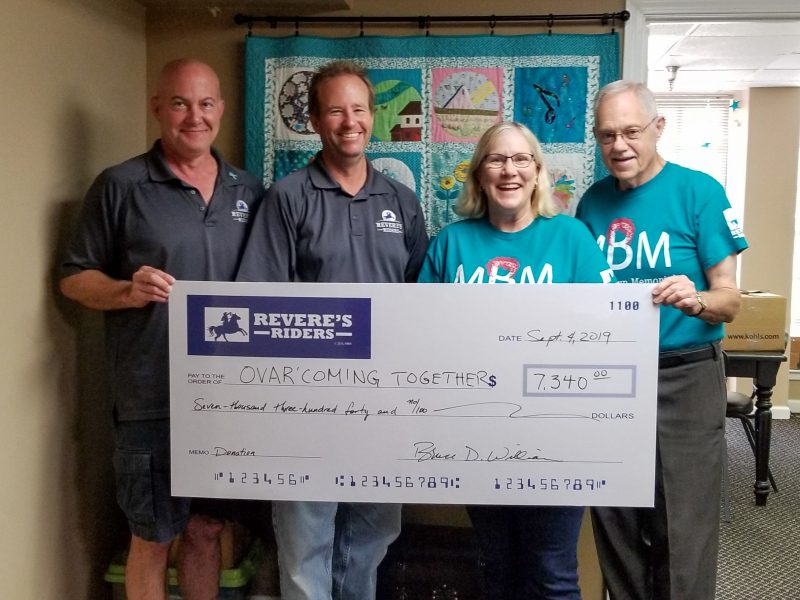 Revere’s Riders presented Ovar’coming Together with a check for $7,340 after the Inaugural Marty Brown Memorial Open.

The Marty Brown Memorial Invitational began in 2017 after Marty’s passing as a way for those in Revere’s Riders who knew and loved her to celebrate her life and passion for firearms training and marksmanship. From informal beginnings, that single event has grown to a pair of events dedicated to “giving back” and supporting a cause whose aim is to eliminate the disease that took Marty from us far too early.

50% of ticket net revenue and 75% of all other revenue from the Marty Brown Memorial Invitational will again be donated to Ovar’coming Together. With the MBMI, we hope to bring our total donation over $10,000.

The Invitational is a two-day informal known distance rifle match run according to the rules of the Revere’s Riders Rifle Qualification Test. The event is held on the military ranges at Camp Atterbury near Edinburgh, IN and the match will utilize the 100, 200, 300 and 400 yard berms. These are the same ranges that are utilized for the NRA High Power Rifle Championships held earlier in the year and are not generally accessible to the public.

The MBMI is an invitational event; you must be invited to participate. The initial round of invitations have already been sent, but if you would like to be considered for an invitation, contact Phil Brown (event director) and be prepared to convince him that you are safe with your rifle (needing little to no supervision) and able to hold a 4 MOA group from prone using only a loop sling for support. 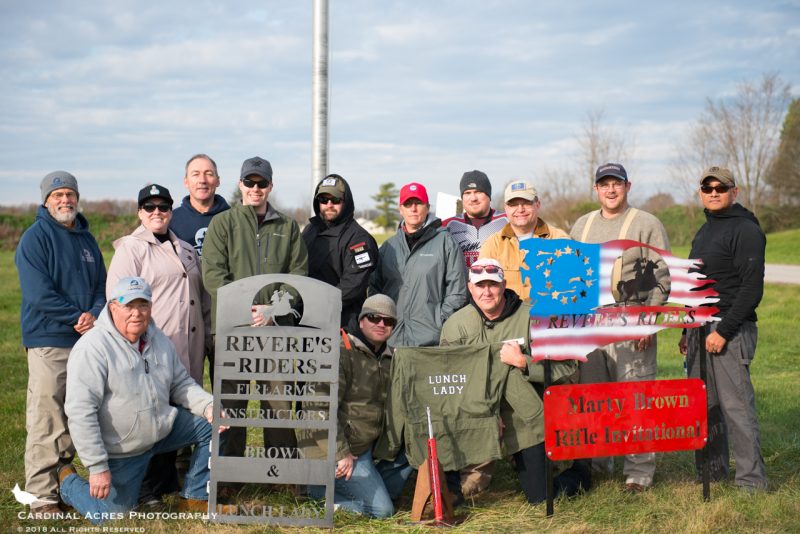