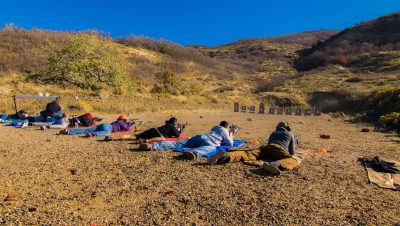 Wednesday, 05 February 2020 by Chris Seidler
On Veteran’s Day 2019, Revere’s Riders was proud to support a Civilian Marksmanship Program rifle clinic for airmen of the 388 Fighter Wing in Utah.  The 388 FW recently received its final F-35A Lightning II jet and declared full war fighting capability.  As part of preparing the wing for worldwide deployments, airmen were able to
Tagged under: Events in Utah
TOP
Loading Comments...