The first ever official Revere’s Marksmen shooting event was held last weekend at the historic Nampa Rod & Gun Club in Idaho. This location was a U.S. Army Cavalry outpost until it was dedicated as a shooting range during the FDR administration, and it has been used as such ever since.

All the students arrived well prepared and had good focus on the instruction. The first ever official run of the Freedom Bell effective range test (dubbed “Morgan’s 13”) also resulted in the first cleared target, by Gary! By the end of Saturday morning, we had zeroed the rifles, and had the basics of the prone position and firing the shot down, and the infamous time monkey had been let out of its cage, as we started shooting timed strings.

We broke for lunch and told the story of Revere’s Ride, and the choices that lead to the fight on Lexington Green. With a high in the upper 80s forecast, we held more of the story for later in the day, and pressed on with the instruction. On into the sitting and standing positions, and soon it was time for an afternoon break and the story of the battle at the North Bridge. Then – time for the very first ever Freedom Bell qualifiers (shot in the ‘halfsie’ reduced round count version, so we could get in a couple). And that first trial revealed that we had a Sharpshooter among us, as Gary again came through with high score. After another round of qualifier targets, we finished up with another effective range test, showing some substantial improvement. We finished the day with the story of the Redcoat’s retreat to Boston, and the beginning of the Revolutionary War, and a promise of more to come. All the shooters had done a great job staying focused and safe, and we were also blessed with a little cloud cover that kept the temperatures below the forecast high.

Sunday started with a couple of issues. The high was forecast to get into the mid-90s, so we decided to accelerate the shooting part of the day in the morning. Also, the Event Director (yours truly) showed up having almost lost his voice, due to a combination of dry air and talking too much. We had decided to tell the story of 1776 on Sunday, due to the large number of previous shooters. Since I was the only one who had prepared the stories, what was left of the vocal cords had to be saved for that. Which meant that burden of instructing and calling the line fell entirely on instructors Pat and Mike, who did a fine job, while I was reduced to scoring and adapting the COI to the circumstances. (Experienced instructors will understand how hard it is to keep one’s mouth mostly closed for a day!) 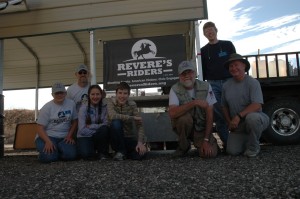 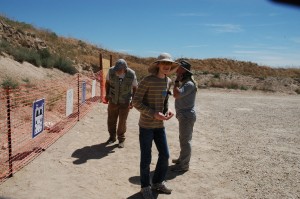 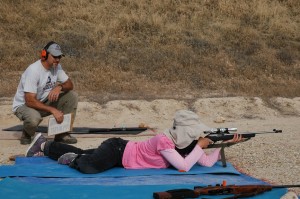 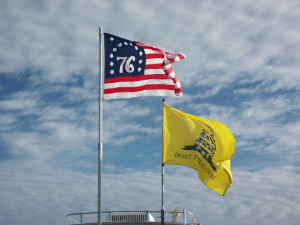 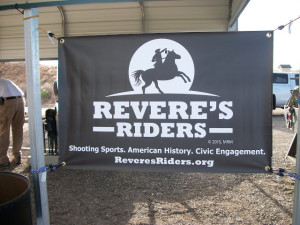 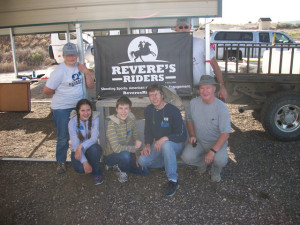 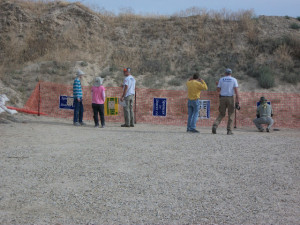 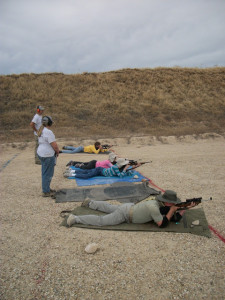 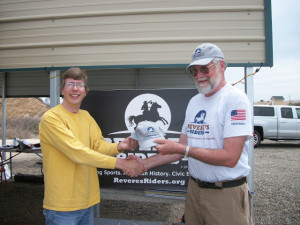 In the event, it all worked out fine. We again had un-forecast cloud cover for the morning, which was almost pleasant. Some squares were shot and zeroes quickly adjusted, then into a ball and dummy drill. That developed into an unplanned cadence drill, which I think convinced some of our shot fussers (not naming names) that there is a better way. Then we broke for the first part of the 1776 story – the battle of New York and the retreat across New Jersey. My voice mostly held out, assisted with a stratagem of assigning speaking parts to the other instructors (starring as Tom Paine and Rev. Rosbrugh).

Then the first ever full-size qualifiers were shot. Gary showed that his score of Saturday was no fluke, by posting up another Sharpshooter score and immediately backing it with an Expert score at 48.5 – huzzah! And that’s with a bolt gun! There’s the score to beat at our next events! Also Paul clocked in with a Marksman score and Cece and Garrison were showing improvement.

We broke for lunch and the Battle of Trenton. Lunch also included a ceremony, as Gary decided to step forward as a Rider, volunteering to take a hat and join our local crew. Huzzah! Then back to shooting. A couple more qualifiers, and then we had a fun ‘mad minute’ shoot while Paul packed up his trailer for the long trek back to Seattle Marysville.

The cloud cover had vanished, heat was rising and scores were falling, so we took a break to finish the story of 1776. I managed to get Cornwallis beaten and headed back to New York before my vocal cords failed, but not by much! A democratic vote was taken, and we decided to conclude the shooting with another Morgan’s 13 target. Gary provided a nice bookend for the weekend by once again clearing his target.

We cleaned up the range, packed up, and the first ever official Revere’s Marksmen shoot was in the books! We’ll be back at the same location in late August, and we anticipate a larger crowd based on inquiries from possible shooters. One down, many more to go. Huzzah!

Tagged under: Events in Idaho