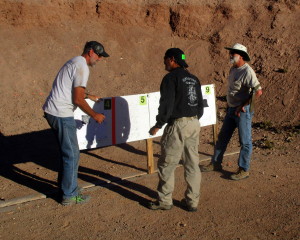 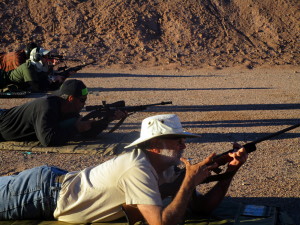 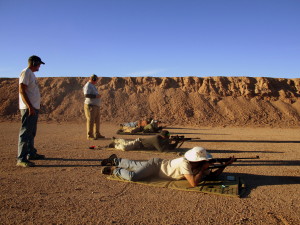 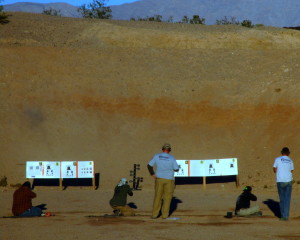 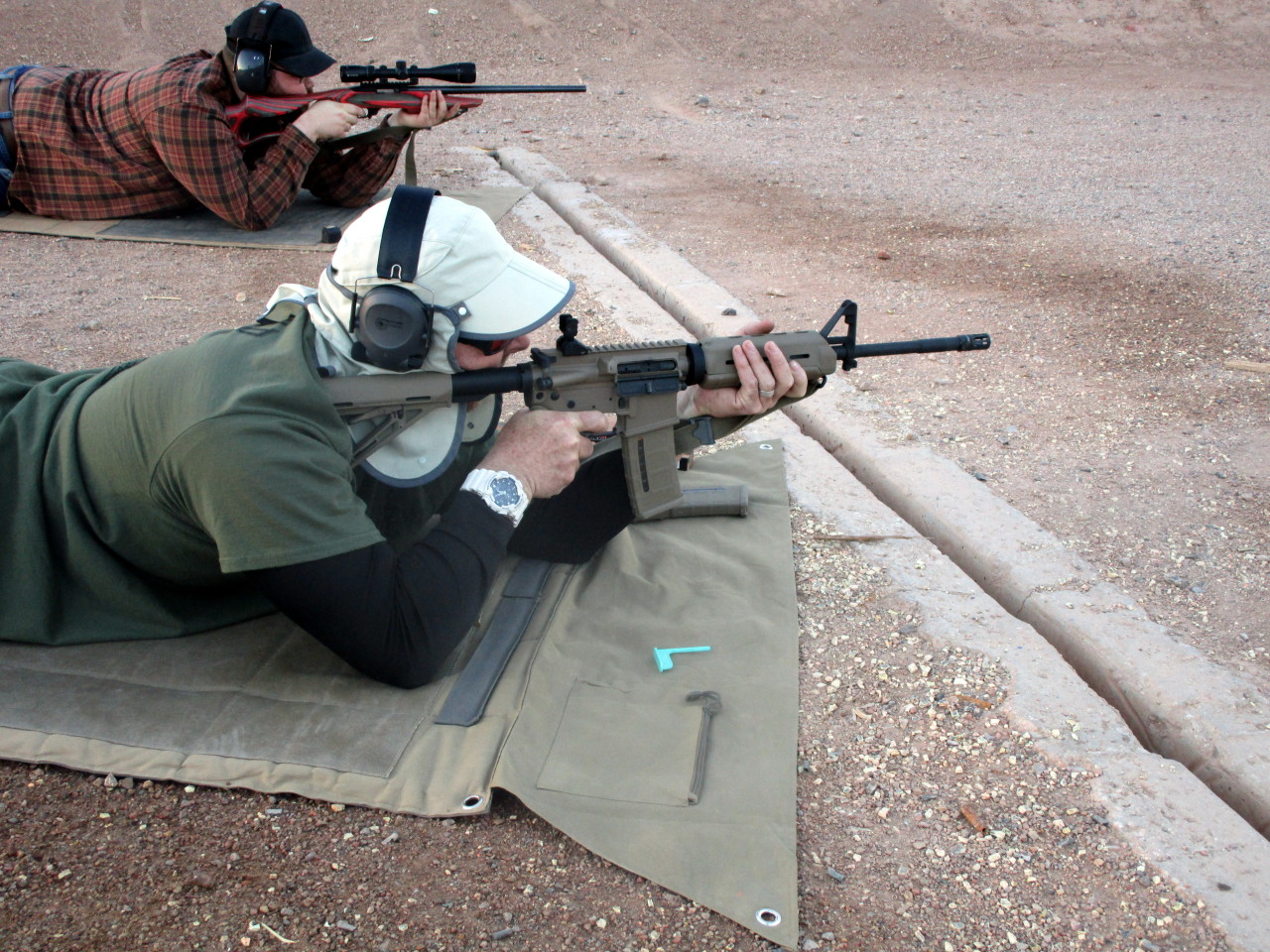 The course covered our standard rifle program of instruction.  Of note, we moved to the 100 yard bay on Sunday and were able to practice the process of getting “data on personal equipment.”  Shooters learned how their “battlesight zero” works, seeing their near and far zeroes and gathering data about their come-ups.  We then shot a “mini known distance qualifier.”  Students worked their way in from 100 yards, shooting 21 square inch targets from a variety of field positions and applying their “come ups” to get hits despite ballistics out at range.   Dann impressed everyone by shooting a Sharpshooter’s score !

We also broke out the dueling tree and pitted the shooters against each other on a timed 50 yard team shootout match.  It came down to marksmanship, time management, ammunition supply management, and team communication and showed how far skills had progressed!

Of course, shooters had a chance to challenge the traditional Rifle Qualifier.  Dann racked up an Expert score on the 25 yard version, and Ryan and Whitt scored as a Marksmen.   Great shooting!

Our history presentation was a special treat.  We were happy to host Phil, a guest instructor from California, who was able to put a special twist on the history for the day.  Phil is an emigre from the UK, so it was obvious to hear how he related to colonials like Samuel Whittemore who also chose to make America their home.

We wrapped up with a civic engagement challenge.  Some of our students could name a few of their elected representatives, but it seemed that maybe we had collectively slipped a bit on keeping tabs on what our elected representatives have been doing and how to get engaged in the community and civic life.  With an election coming up and facing several ballot initiatives in Nevada, its an especially important time for folks to get involved, whatever their views are.

Overall it was a great weekend.  I really appreciate the support of the Boulder Rifle Pistol Club, the volunteers that made this event happen, and the shooters that chose to take time out of their busy schedules to learn about traditional marksmanship, history, and civic engagement.

Tagged under: Events in Nevada